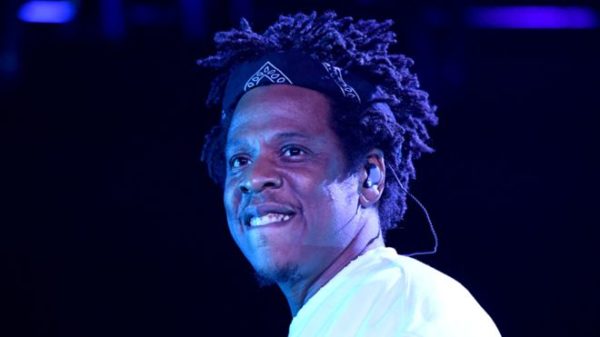 If you don’t like Jay-Z’s music, you still can’t help but applaud the work ethic that led to his induction in the Rock and Roll Hall of Fame. The Brooklyn rapper has rightfully deserved the title of GOAT throughout his years but the recognition he receives these days is a testament to his consistency, longevity, and commitment to prove himself every time he steps to the plate.

Prior to the release of Reasonable Doubt, the rapper nearly had the opportunity to land on D&D All-Stars’ massive posse cut, “1, 2 Pass It” ft. KRS-One, Fat Joe, Doug E Fresh, Jeru The Damaja, and Mad Lion. According to DJ Premier, the studio was too packed to allow Hov into the session.

On the latest episode of So Wassup? Premier recalled the creation of D&D Studios’ compilation project, The D&D Project, which included the huge posse track. The studio’s owners, David Lotwin and Doug Grama, held a 40’s and Blunts Party at D&D to fuel the creativity in the sessions. Premier recalled that people were eating and drinking while beats were being made on the spot. “When you do it, whoever’s there that’s ready gets to get on the mic and cut a verse. It was even a race to who could have their rhyme ready,” he said.

Apparently, Hov was outside the studio when the song was recorded. This was back in 1995 before he had even released a debut album but he was prepared to leap into the studio and prove himself among formidable MCs. “Now, here’s the kicker: the great, great icon himself JAY-Z — shout to Hov — was outside,” Premo revealed. “He was not let in because Dave told Jay, ‘It’s way too many people in here. Like, we can’t even move.’ It was that rammed in there.”

He added, “[Jay] waited for a minute and he gave it another shot, but still couldn’t get in. And Jay left.”

Fortunately, Jay never felt a type of way about the situation and continued to work with Premo long after he was denied entry into D&D studio. Peep the story below.

Everything is impossible until you take the steps to make it possible, be positive in every step you make. Nature will definitely give you the smoothest part of life. Email us on Artists[email protected] Whatsapp: +233540577992
@HiplifeHiphop
Previous Young Thug’s Lawyer Shuts Down “Negligence” Claims In $1M Lost Bag Lawsuit
Next Boosie Reacts to Summer Walker’s Man Saying He’s Been in Her Life Since 2014