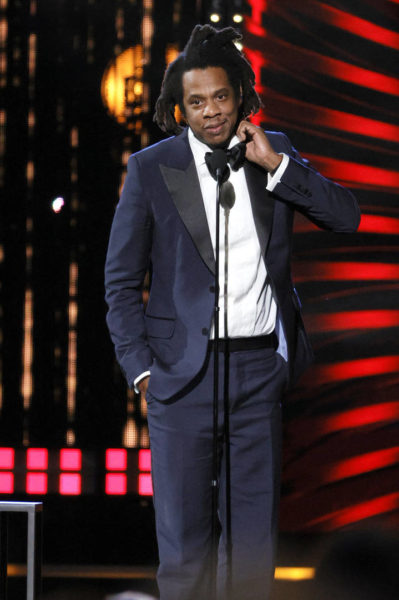 It comes as no surprise that the only person he follows is Beyoncé and he kicks things off with “The Harder They Fall.”
No, your eyes are not deceiving you; Jay-Z is on Instagram. The Rap mogul isn’t one for keeping up with social media like his peers who like to troll others, give inspirational video updates, or share clips of themselves in the studio. Fans have often popped up with accounts dedicated to Hov, some amassing followers into the hundreds of thousands as they post daily about the New York icon.

However, things are changing over in Jay’s camp because today (November 2), the rapper is easing into the holiday season by launching his official Instagram page.

For now, things are looking pretty bare aside from Jay’s first post about The Harder They Fall. Jay-Z acts as one of the producers of the star-studded western film and even appeared on two songs on the soundtrack. Although the movie was officially released weeks ago, it will premiere on Netflix tomorrow, so it seems Jay-Z is getting a headstart on promotion. To help get the word out, Beyoncé even reposted her husband’s Instagram Story about the film’s release.
Also Check:   Cardi B asked to see a Nigerian guy that imitates her on Instagram & gives him the surprise of his life

Additionally, Jay-Z’s number of followers is growing by the minute and at the time of this publication, he was already up to 763K. We can’t wait to see what he’ll be sharing—if anything—but for now, check out Hova’s first post below.

Everything is impossible until you take the steps to make it possible, be positive in every step you make. Nature will definitely give you the smoothest part of life. Email us on [email protected] Whatsapp: +233540577992
@HiplifeHiphop
Previous Cardi B Shows Off Another New Home: “One Dream I Can Cross Off”
Next XXXTENTACION’s Mother Accepts Diamond Plaque For “SAD!” On His Behalf