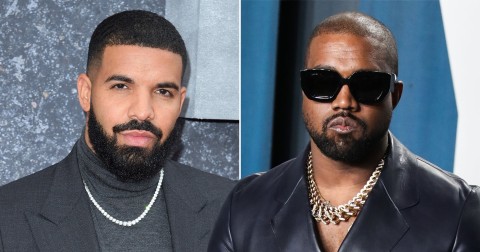 Hundreds of people were seemingly under the impression that Ye and Drake’s “Free Larry Hoover” benefit concert would be free of charge.

From the wording of the announcement, some fans were misled into thinking that Kanye West and Drake’s upcoming concert in Los Angeles would be free of charge. Labeled as a “Free Larry Hoover Benefit Concert,” a number of folks were shocked to find out on Monday that the concert isn’t actually free… it’s tofree Larry Hoover.

With most tickets costing between $200 and $500, some fans felt bamboozled upon opening the purchase link, which had over 2,000 concurrent users trying to check out, taking to social media to share their shocked reactions to the show not actually being “free.”

“Wait so the drake kanye concert isn’t free?” asked one confused fan on Twitter, which is seemingly what a lot of others felt. “I thought they said the kanye and drake concert was free. but the word ‘free’ was part of the statement ‘free larry hoover’ and the tickets are actually expensive,” lamented somebody else.

It’s worth noting that this was never announced to be a free concert, and people are understanding that they simply misread the announcement from Ye and Drake

. Still, we all know the feeling of thinking that something is going to be affordable (or free of cost, in this case) and it actually turns out to be a ridiculous price.

Regardless of the $500 tickets, it looks like Drake and Ye will be performing for a sold-out crowd, which makes sense considering they’re two of the world’s biggest artists who just stopped feuding. Will you be seeing them at the Free Larry Hoover benefit concert in Los Angeles on December 9?

Everything is impossible until you take the steps to make it possible, be positive in every step you make. Nature will definitely give you the smoothest part of life. Email us on [email protected] Whatsapp: +233540577992
@HiplifeHiphop
Previous Rapper Who Goes By “MathBoi Fly” Arrested After Deadly WI Holiday Parade
Next DJ Neptune – Only Fan Ft Lojay & Zlatan (Prod. By Magic Sticks)