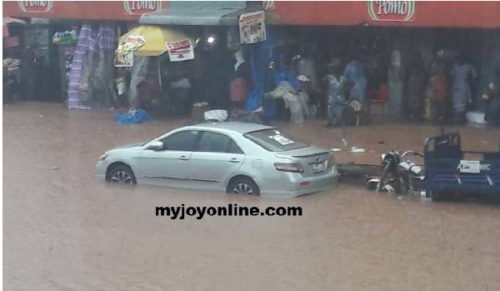 At least, one person has been confirmed dead following Monday’s heavy downpour in Kumasi, the Asahnti Region capital.

The body of a 32-year old welder, Kofi Appiagyei, was retrieved Tuesday afternoon in the Susuan stream at Atonsu S-Line, after he had been swept away by flood waters at Asawasi-Pelele.

The deceased was on his way home from work when the unexpected happened after he reportedly turned deaf ears on warning by bystanders to abandon his decision to step in the rain.

According to him, police have since contacted the family while the body had been deposited at the Komfo Anokye Teaching Hospital morgue.

ACP Buah wants residents in Kumasi to pay attention to their personal safety, especially, as the rains intensify.