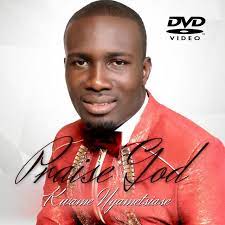 The gospel musician through the official music video of his much appreciated single released about a month ago, showcased how God is able and capable of saving anybody from the hands of their enemies.

In the video, God miraculously saved the life of a young man who was robbed and shot.

Kwame Nyametsiase believes singing about God’s attributes will draw a lot of people closer to the maker so they have a first-hand experience of Him, God.

Everything is impossible until you take the steps to make it possible, be positive in every step you make. Nature will definitely give you the smoothest part of life. Email us on [email protected] Whatsapp: +233540577992
@HiplifeHiphop
Previous I am not violent, I am just principled – Shatta Wale
Next Stacy Amoateng, Okyeame Quophi celebrate their daughter’s 16th birthday with stunning photos