Breaking News
Home / ENTERTAINMENT / Leave my social media account and hack C. Ronaldo and others – ‘Too Much’ cries

Leave my social media account and hack C. Ronaldo and others – ‘Too Much’ cries 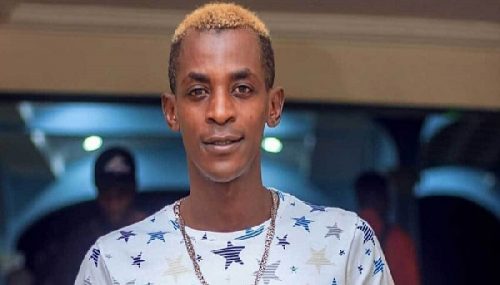 Popular Takoradi-based actor, Too Much of Junka Town fame has had his social media accounts taken over by unscrupulous people he believes to be hackers.

It is reported that the hackers have made it a duty to continually hack his Facebook and Instagram accounts.

According to the “Pampii” camp founder, it seemed the hacker always targets him and blocks his account each time he gained enough followers.

“Anytime I create an Instagram account and gather enough followers, then the account is hacked. What crime have I committed? They always target me”, he stated.

In a video sighted by zionfelix.net, Too Much was seen begging the hackers whether they were from China, India, Ghana or wherever to leave his accounts alone.

He admonished the hackers that the likes of Christian Ronaldo, Beyoncé, Cardi B and Jay Z were there with all their popularity but no one had hacked their accounts so he was at a loss as to why the hackers always were after his ‘small account’.

The “Aja” musician went on to further state that even his fan page on Facebook has not been left out as it has also been blocked as a result of the activities of these hackers.

Again, Too Much stated that in spite of all this, he still believed in his fans and knew that no matter how many times his accounts are hacked and blocked, his fans will still follow him.

In that light, new accounts have been created on Instagram, ‘Real_toomuch’ and on Facebook, ‘Pampii too much’.

Too Much became famous in Ghana when comic TV series “Junka Town” went viral in Ghana with most Ghanaians loving their acting especially that of Too Much.

Young Blackboi Amg Napiboi is an experienced Public Relations Officer and Author with a demonstrated history of working in the music industry. Notable among his huge repertoire of artistes worked with are Morgan Heritage (Grammy Winners), Rocky Dawuni (Grammy Nominee, 2015), Samini (MOBO Winner - 2006, MTV Awards Africa Winner - 2009) and Stonebwoy (BET Best African Act Winner - 2015). Other mainstream artistes of great repute he has worked with are EL, Eshun, Kula, (just to name a few), who have all won multiple awards under Vodafone GHANA Music Awards (VGMAs).
Previous Stop fighting for equality, men and women can never be equal – Efia Odo to Feminists
Next ‘E Pain Dem; I Have A Lot In Stock To Get Them More Mad’ – Is Mr. P Shading Rudeboy Indirectly? (Video)