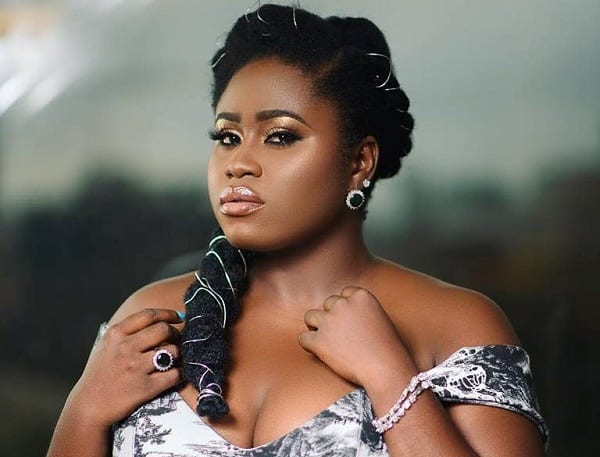 • Moses Foh Amoaning is in support of the anti-LGBT+ bill

Lydia Forson has hit hard at the Executive Secretary of Proper Human Sexual Rights and Family Values, Moses Foh-Amoaning, for some comments he made regarding the passage of the anti LGBT+ bill in Ghana.

Foh Amoaning was earlier captured on Joy FM’s ‘SMS’ alleging that homosexuality is an abnormality and that all individuals who indulge in such acts should seek medical care.

But responding to such comments, Lydia Forson said she least expected to hear such statements from the legal practitioner who has been countlessly stigmatized for being an ‘albino’.

According to Lydia, Mr. Amoaning due to his experience should have been more empathetic towards other marginalized groups such as the LGBTQ.

“Activists are fighting against the hunting and killing of people who look like you for their body parts in some countries; all because they’re seen as different. Meanwhile you that’s endured discrimination want to do same to others? This is so confusing to me,” she wrote on Twitter.

Foh Amoaning has been in loud support of the anti-LGBT+ bill presented before parliament by a committee led by Ningo-Prampram MP, Sam Nartey George. 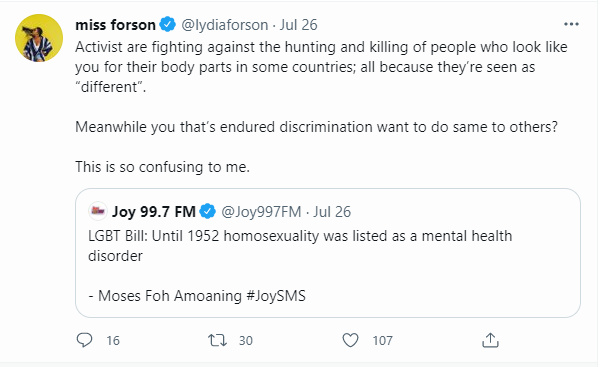 Everything is impossible until you take the steps to make it possible, be positive in every step you make. Nature will definitely give you the smoothest part of life. Email us on [email protected] Whatsapp: +233540577992
@HiplifeHiphop
Previous Black Sherif is going to take over Africa soon – Abeiku Santana
Next Mona 4 Reall – Baby Feat. Shatta Wale