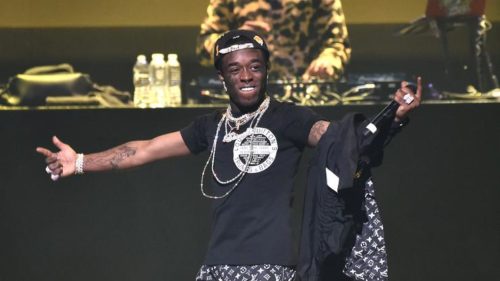 “I love that that n*gga honesty, thanks big bro,” – Lil Uzi says.

A few days ago, we received an update on Lil Uzi Vert’s long awaited Eternal Atake album after he revealed that the only reason he actually finished the mysterious project was to please his friend Tyler, The Creator. Uzi said Tyler influenced him to make some changes to the album and to get it done. “He is the reason I had 2 finish the album,” Uzi typed. “He said my beats didn’t hit hard enough @tylerthecreator.”

Uzi has since deleted that tweet answering a fan, but it turns out he wasn’t lying. On Saturday, Uzi confirmed what he said earlier this week when he doubled down on Tyler’s EA opinion. Uzi said yes its true, Tyler called his beats not hard enough, before going on to thank him for his honesty.

“Yes it’s true @tylerthecreator Told me my beats wasn’t hard enough I love that nigga honesty ?? thanks big bro ++,” he tweeted out.

10.2K people are talking about this

Unfortunately there’s still no word when Eternal Atake will be dropping, but we’ll be sure to keep you posted. In the meantime, check out a recent snippet he previewed last night called “Futsal Shuffle,” which you can see for yourself (below).

15.2K people are talking about this