Lil Win urge musicians to appreciate DJ’s and the media 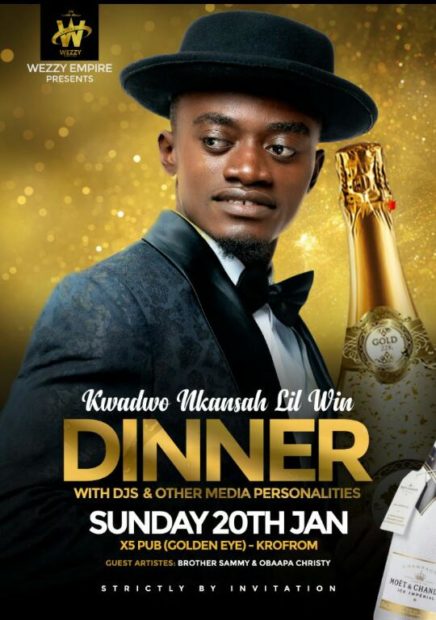 Kwadwo Nkansah, popularly known in the music and acting circles as “Lil Win” has urged Ghanaian musicians to appreciate people who help to promote the industry.

According to the famous Ghanaian celebrity, he was worried about the neglect of the DJ’S and other media personalities who contribute massively to their success.

In an interview with the GNA Entertainment, the “Anointing” hitmaker revealed an upcoming mini party for the DJ’S and other media personalities, which he deems very necessary in appreciating their contribution towards his illustrious career.

“The upcoming mini party is a way of appreciating people who have aided my works so far both in the acting and music as well,” he said.

He also urged his fellow musicians to find ways of appreciating the DJ’s and other media personalities who help thrive their work because both parties can’t do without the other.

The mini party billed for the January 20th, would see DJ’s, bloggers, show hosts, among other gathers at the ‘X5’ Pub in Krofrom as they fraternize and discuss pertinent issues to help thrive the Ghanaian showbiz industry.