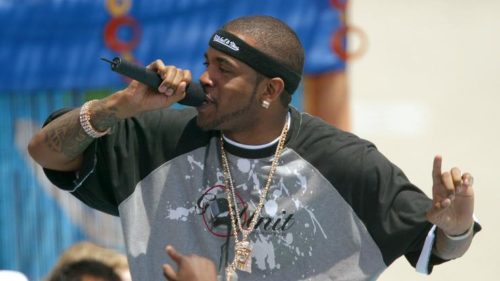 Lloyd Banks has some heavy praise for Griselda.

Griselda left an imprint in 2019. With Benny, Conway and Westside Gunn’s respective solo projects, the group capped off the year with their Shady Records debut, WWCD. This project wasn’t made for the radio or for the clubs but for fans of real lyrical hip-hop. The three rappers joined forces with Beat Butcha and Daringer to create an incredible body of work.

The project mainly consists of the three rappers swapping bars but they did get some legendary features including 50 Cent and Eminem. Lloyd Banks may have not appeared on the project but he does have some serious praise for the Buffalo boys. He took to Instagram to share the cover art for the project and the tracklist. “Shout to the griselda family + New Album out now WWCD sh*t is ???? and the production is incredible!” He wrote on Instagram.

Also Check:   ‘This Is Why Pastors Need Prayers’- Photo Of Heavily Endowed Lady Standing Next To A Pastor Goes Viral

Lloyd Banks is typically in the cut for the most part so for him to come out and publicly show love to them is huge. Unfortunately, he isn’t on the tracklist but a collaboration between Lloyd and Griselda would’ve been flames. Hopefully, if Lloyd Banks decides to release a new project in the future, we’ll get a collab with him on it.

With Griselda’s new project out, we’re excited to see what they’ll be getting up to in the new year.