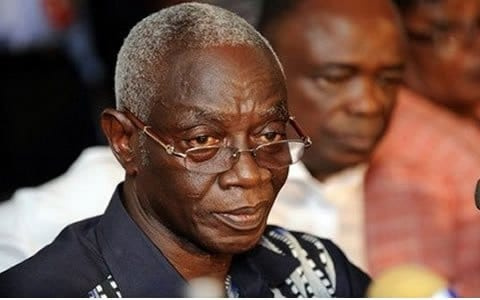 A former Chairman of the Electoral Commission (EC), Dr Kwadwo Afari-Gyan is concerned that if the Inter-Party Advisory Committee (IPAC) is made a statutory body with its functions backed by law, it will amount to an interference with the commission’s work.

This, he said, will be in contravention of the constitutional provision which guarantees the independence of the Electoral Commission.

He made these comments in response to a proposal by the opposition National Democratic Congress (NDC) to have IPAC backed by law to make its decisions binding. The NDC wants this to be done through an amendment to the Electoral Commission Act, 1993, Act 451, by spelling out its composition and functions.

But Dr Afari-Gyan, who played a key role in the formation of IPAC does not agree with the NDC on the proposal.

“The Constitution clearly says that in doing its work, the EC should not take instructions from any person or body external to the commission. The IPAC is such a body. Accordingly, IPAC decisions cannot be binding on the EC. If they were, it would, in effect, amount to nothing less than meddling with the independence of the commission”, he said to the Daily Graphic.

Everything is impossible until you take the steps to make it possible, be positive in every step you make. Nature will definitely give you the smoothest part of life. Email us on [email protected] Whatsapp: +233540577992
@HiplifeHiphop
Previous LIVESTREAMING: GhanaWeb partners MTTD, DVLA, Korle Bu, others for first Webinar on Road Safety
Next Asokwa Municipal Assembly confirms Akwanuasa Gyimah as Chief Executive