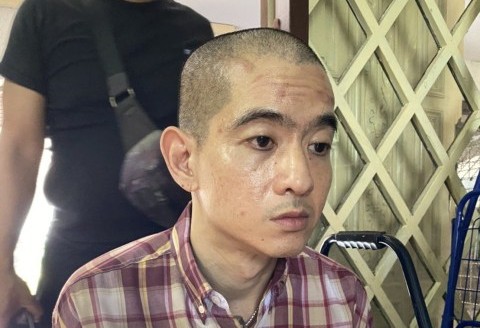 Apichai Ongwisit, a 40-year-old man and a wealthy property owner is in the grip of the police for killing his girlfriend who refused to sleep in a metal casket when she wanted to leave him and the discovery of 300 human bones in his garden pond.

The alleged drug user, murdered his girlfriend, Warinthorn Chaiyachet, 22, and hid her body. He was arrested after his girlfriend’s disappearance investigation led to the discovery of her body wrapped in sheets and buried at his home.

The Bangkok police were then tipped off to investigate further for there could be more bodies hidden around the house.

The police then extended the search from the house to a nearby pond where they found 300 human bones hidden in the pond.

Apichai has admitted to killing his girlfriend and awaiting trial.