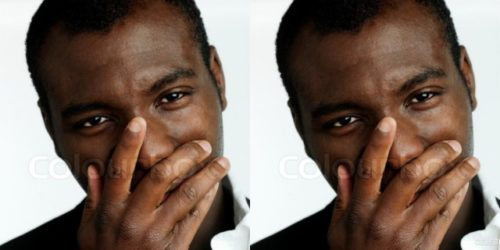 A 46-year-old man is being held by the Kwabenya Police for allegedly killing a man he caught having sex with his wife on a latrine near their matrimonial home last Monday.

The suspect, Akorli Ameh alias Obolo is said to have kicked the man who fell and allegedly hit his head against an object.

Confirming the incident, the Public Relations Officer of the Accra Regional Police Command, Deputy Superintendent of Police (DSP), Mrs Effia Tenge told Graphic Online that Ameh handed himself over to the police and narrating the incident.

Ameh told the police that he lives at Franco Estate at Kwabenya in Accra.

Last Monday, [January 27, 2020], Ameh said he returned to the house from work at about 1 pm and found a man having sex with his wife in a latrine adjacent his house.

The wife is said to have fled the scene on seeing her husband and left the man who, she was allegedly having sex with behind.

The husband told the police at the ACP Police Station at Kwabenya that he kicked the young man when he attempted to escape and he allegedly hit his head against an object and died.

Mrs Tenge told Graphic Online that the police after taking the statement of Ameh went to the scene at Franco Estates and found the body of a male adult aged about 33 wearing a black T-shirt over a black jeans trouser.

She said he was found in a supine position beside a wooden latrine.

The body she said was taken to the Police Hospital mortuary for autopsy and identification.

She said Ameh was assisting in the police with investigations.

@Rexkrampa
Previous Man killed after he was allegedly caught having sex with married woman
Next ‘Who wants to buy Kidney?’ – Beautiful lady asks as she prepares to end her poverty by selling her kidney