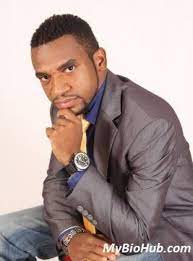 • Pascal opines that people abandon their careers out of ignorance

Filmmaker Pascal Amanfo finds it erroneous the decision by some showbiz personalities to abandon their respective careers when they become born-again Christians.

He is of the view that is it imperative for one to stick to one’s career and not necessarily call it quits after seeing Christ because the career path is a powerful instrument that could be used in propagating the gospel.

Likewise, he sees no reason for born-again Christians to distance themselves from non-believers.

“I went through a wilderness moment where I was in isolation because I felt I needed consecration. Even at that, I always knew there is a career and a calling. And that the career is given for the calling”, he said in an interview on Restoration With Stacy.

“You do not light a candle come out at 12 noon; it has no power. The power of light is in the so-called configurative darkness. So, you don’t get born again and leave this so-called dark world. No, your light has to shine. The reality of your being a new creature is when your light shines in the midst. You see people you once did stuff with and they can testify that ‘he’s changed’.

Expanding his argument, Pascal who is a minister of the gospel cited a communication he had with colleague Majid Michel who is also an evangelist. He insisted that Christians should have the courage to associate with non-believers instead of being engulfed with the fear of backsliding.

He said: “Majid has this thing he says to me. He says ‘when you put salt on meat and leave it for like an hour, you come back a take a bite of that piece of meat, do you say that this salt tastes meaty? You say this meat tastes salty’.

“We are salt. We are supposed to infiltrate the kingdoms of the world, influence them but still remain salt. The meat will taste salty; the salt doesn’t taste meaty. So, you cannot say ‘if I remain here, they’ll change me’. Then you don’t understand what being born-again means in the first place.”

On what could influence the decision to not mingle with non-believers, Pascal Amanfo that it is “partly ignorance and not enough mentoring”.

“I knew that my light would shine here. I knew who I was called to. I was called to young people like myself with all their troubles, all their flaws. I know what they go through. I know their addictions… If anything, the career is a source of influence. So, if I have a conference, people would want to come and hear Pastor Amanfo speak; not because he’s a but because he’s a filmmaker. They’ll come with their dreams and I’ll say ‘hey, your dream is valid if you only allow God to direct your path’.

Offering a piece of advice to persons who may be scared of backsliding, Pascal remarked: “Submit yourself to mentorship, let the Holy Spirit guide you and you’ll be fine. We are doing ourselves a disservice if we continue to run away. Then our gospel is weak, it is powerless and it’s not in fact the gospel.”

Everything is impossible until you take the steps to make it possible, be positive in every step you make. Nature will definitely give you the smoothest part of life. Email us on [email protected] Whatsapp: +233540577992
@HiplifeHiphop
Previous Dedicate your childlessness to God – Uncle Ebo Whyte
Next ‘I could have died’ – Princess Shyngle shares pregnancy experience