Popular hit maker, MKeyz has been a constant name in the airwaves this year. He has been credited on some of the banging hits released into the airwaves. Each of them have also been well received.

He’s back now with a brand new offering. He titles this one “Sizwe Sakhiti”, and delivers an amazing performance on the song. This comes just in time for the weekend. You might want to check it out, and also add it to a playlist of your choosing.

Everything is impossible until you take the steps to make it possible, be positive in every step you make. Nature will definitely give you the smoothest part of life. Email us on [email protected] Whatsapp: +233540577992
@HiplifeHiphop
Previous Pierre Johnson & Simeon – Hold On
Next 77 votes counted after 63 assembly members cast votes at Cape Coast MCE confirmation 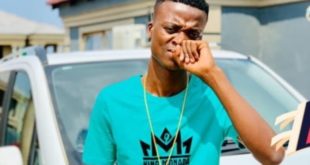