Breaking News
Home / ENTERTAINMENT / ‘Mona mobl33’: Bride whose husband abandoned her to grind another lady hits back at critics

‘Mona mobl33’: Bride whose husband abandoned her to grind another lady hits back at critics 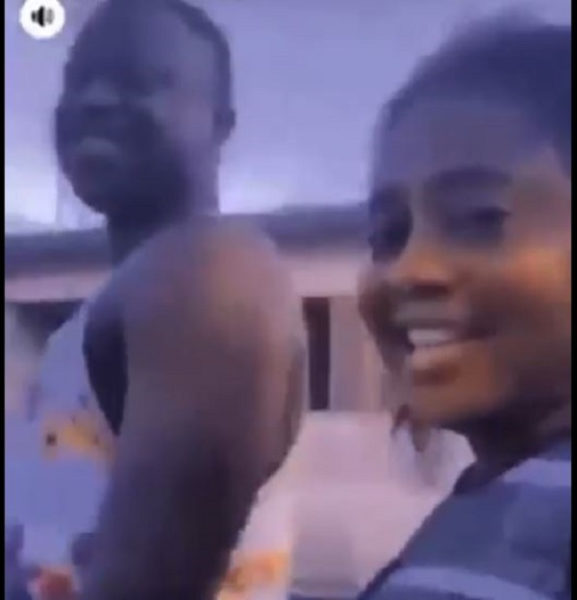 A few days ago, a video of a groom abandoning his wife at their wedding reception went viral on social media.

In the said video, the groom, who was seated beside his new wife, hurriedly jumped to engage another lady in a sensual marathon of grinding and winding while other guests cheered them on.

The video courted several reactions with many accusing the man of subjecting his newly wedded wife to emotional torture.

However, in a twist of events, the woman has hit back at critics of her husband.

In a new video that is also trending on social media, the couple are seen happily walking together while the wife sent out a message to her husband’s critics.

Alluding to a popular urban phrase, the woman said people were overly concerning themselves with the issue, while she and her husband are unperturbed and focused on enjoying their marriage.

“My Kwabena, you were the one who abandoned me during our wedding? Critics are the ones suffering and we are the happy ones now,” she averred in Twi.

Everything is impossible until you take the steps to make it possible, be positive in every step you make. Nature will definitely give you the smoothest part of life. Email us on [email protected] Whatsapp: +233540577992
@HiplifeHiphop
Previous Most Ghanaians who support anti-LGBTQ+ Bill haven’t even read it – Akoto Ampaw
Next Glitz Africa Fashion Week 2021 – What to expect