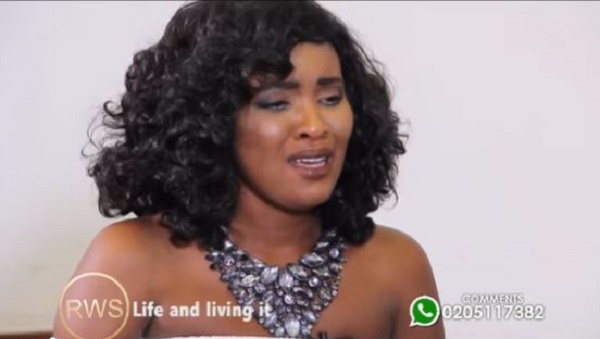 Ghanaian television presenter, Adwoa Saah, has revealed why she moved from Ghana.

In a video sighted by Zionfelix.net, the former Adom TV presenter stated that she ran to London because her life was in danger.

The former Kumkum Bhagya host said a pastor revealed the danger which was ahead of her.

Also Check:   Guy bathed and killed girlfriend with acid for breaking-up with him

According to her, the pastor told her to leave because of the impending danger.

She stressed that she didn’t leave to seek greener pastures—because she had that in Ghana.

Adwoa Saah recalled how pastors were using her show to preach.

She believes God has a purpose despite all the happenings.

Everything is impossible until you take the steps to make it possible, be positive in every step you make. Nature will definitely give you the smoothest part of life. Email us on [email protected] Whatsapp: +233540577992
@HiplifeHiphop
Previous Hammer apologizes to Wendy Shay after claiming that Bullet writes all her songs
Next Hugh Jackman Hints At MCU Wolverine Role Reprisal