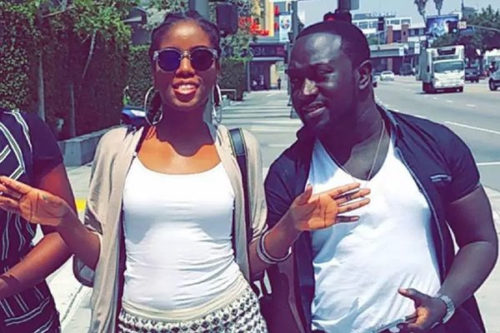 After MzVee went off the grid and took a sabbatical from active music, there were rumours that her relationship with members at the label has gone sour.

Others claimed the singer had gotten pregnant, went on a break to focus on herself and giving birth.

However, in a press release signed by the ‘Daavi’ hitmaker, she only went on the “much-deserved break” to re-energise, get in touch with herself and redesign her artistic expression.

“These eight years with Lynx Entertainment have been absolutely delightful and a blessing and I am glad we still hold our relationship,” she had written.

She added that Lynx Entertainment will always be a strong pillar in her career hence although both parties have decided to part ways, they will amicably continue support for each other. 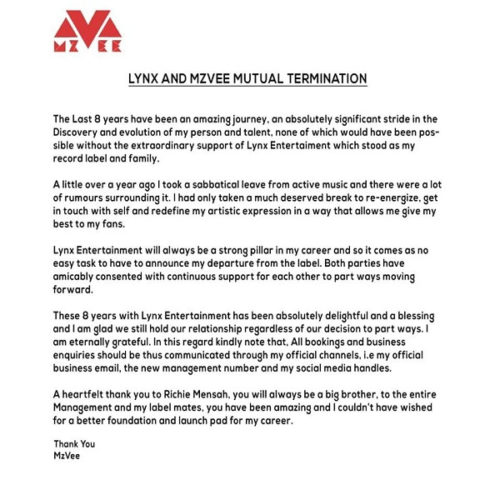 Lynx Entertainment also in a press release said they were proud to have watched MzVee grow into the woman she is now and wishes her the best. 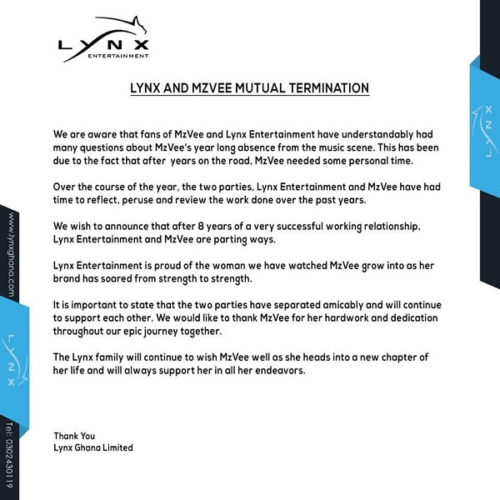 Previous It takes less than two weeks for me to take a woman to bed – Bulldog
Next Be smart, there’s money in the industry – Guilty Beatz to producers