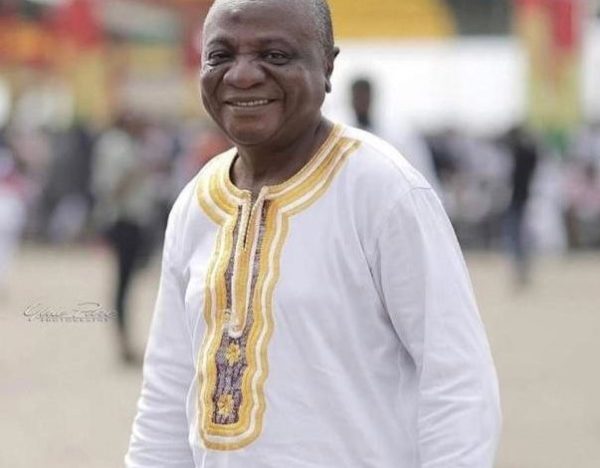 According to him, Nana Ampadu is worth celebrating as a musical icon who has given his all and paid his dues to his nation.

Speaking on Angel FM’s Anopa Bofo Morning Show, Ras Caleb said “Nana Ampadu is a museum. We have lost a legend. I am sad that he’s not well celebrated as much as he deserves…He fought for the royalties of musicians to be paid”.

Ras Caleb also hinted that he is not surprised at his genre of music, which he feels may have been influenced by the legend.

“I know his music from the 1970s. I am not surprised that I’m even toeing the line of Reggae music. I used to play his songs with gramophone back in my father’s village”

The Greater Accra MUSIGA chairman called on the state to honour the memory of the veteran musician.

“He deserves a state burial and I am sure that’s what the family would want. We all need to celebrate our legends before they pass on. But now government, musicians the media and all should honour him,” he suggested.

Also Check:   Music industry is all about hit songs – Bullet

He believes that President Akufo-Addo would consent to such a request or even ponder over it since the same was done for Paapa Yankson, Awura Ama Badu among others.

Speaking to Kwamina Sam-Biney, actor Kofi Adu popularly known as Agya Koo, said he is saddened by Nana Ampadu’s passing. He also expressed worry about the neglect of unsung heroes whose contributions to national development cannot be overemphasized.

Mr. Adjatey stressed that Nana Ampadu’s musical prowess is what has earned him the nickname ‘steel of the Highlife genre’.

Nana Kwame Ampadu passed away on Tuesday, September 28, 2021, after he was admitted at the Intensive Care Unit of the University of Ghana Medical Centre (UGMC)

The legend, who also headed MUSIGA as its president, is famous for songs like Obra, Oman Bo Adwo, Emelia, Agatha and many others.

Everything is impossible until you take the steps to make it possible, be positive in every step you make. Nature will definitely give you the smoothest part of life. Email us on [email protected] Whatsapp: +233540577992
@HiplifeHiphop
Previous Doctor was asleep, ambulance delayed before he died – Nana Ampadu’s family
Next Fuse ODG’s ‘Light it up’ with Major Lazer & Nyla grabs double platinum in the US