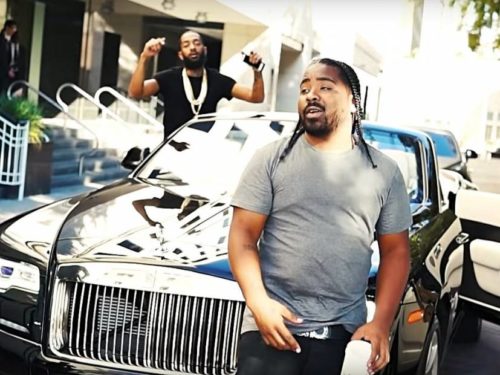 Has The Game gone too far?

The Game’s latest album Born 2 Rap was released on the artist’s new independent record label Prolific Records. When the veteran rapper declared his new label, Nipsey fans across the nation raised their eyebrow.  Prolific was tattoed on Nipsey Hussle’s head, on the right side just along his hairline. The Game has been notably pushing the legacy of Nipsey pretty heavy online, and BH isn’t feeling it. BH, aka Hoggy, called out The Game once again for what he feels is exploitation of Nipsey’s legacy.

BH broke down his issues in a recent interview with the No Jumper Podcast. “Nip respected Game for taking him on his first tour,” he admitted. “That’s cool and all Game, but all this clout. Like, you posting the homie everyday? Don’t you got dead homies? Go post them. You posting the homie? I don’t even want to see this.” BH also went on to comment on The Game’s use of Prolific. “Y’all know who got this shit cracking,” BH said “So prolific anything, that’s like us trying to say ‘Documentary Records’ or some crazy, weird shit like that. No, we not gonna do that.” BH first began to throw shots at The Game when the Born 2 Rap writer sold Prolific merchandise online. The merch, which sold out, was meant to help brand The Game’s new label.