Breaking News
Home / GENERAL NEWS / No one went to the U.S. because of ‘small fry’ Twene Jonas – Owusu Bempah

No one went to the U.S. because of ‘small fry’ Twene Jonas – Owusu Bempah 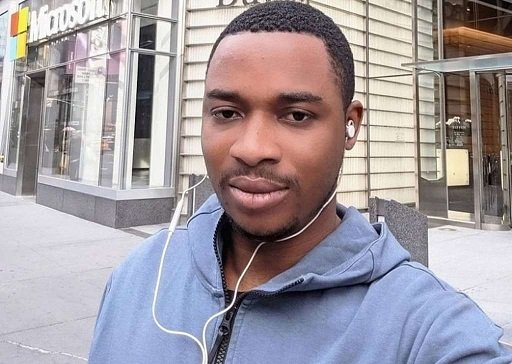 • Government did not fly anyone to U.S. to confront ardent critic, Twene Jonas

Ernest Owusu Bempah, convenor of the pro-government ‘Fixing the Country Movement,’ has described as nonsense, claims by bloggers that members of the movement had been flown to the United States to ‘deal’ with ardent government critic, Twene Jonas.

Owusu Bempah was referring to a viral video posted by the co-convenor of the movement, Hopeson Adorye, last week.

In the said video, Adorye alleged that Twene Jonas had lost his job as a parking lot attendant in New York, adding that he was wanted for deportation by immigration officials.

Speaking on the September 27, 2021, edition of the ‘The Seat Show’ on NET2 TV, Owusu Bempah explained: “We recently went to America and we were there on a specific mission but some offshoot emerged with people alleging that president has sent people to go after Twene Jonas.

“Who at all is Twene Jonas for this government, serious as it is, to send someone to go and expose him for whatever reason? Reports alleging that we were on the streets of America and have taken videos and posted same on social media about him are nonsense. To hell with that. No one has the time to do that,” he added.

He is particularly livid at bloggers who he said were posting his photos and linking the same to the video in which Adorye is seen and heard ‘exposing’ the fraudulent lifestyle of Twene Jonas.

He maintained that Jonas was at no point a part of their trip or on the agenda at their gathering in Manhattan. According to him, Adorye was having a Facebook Live session unrelated to Jonas when a question about him came up, hence the detour to address the unrepentant government critic.

“It is useless and utter nonsense for people to say we were in the United States to haunt Twene Jonas,” a visibly angry Owusu Bempah charged.

Failed New Patriotic Party Parliamentary aspirant, Hopeson Adorye, reported from the US via social media that Twene Jonas, a serial critic of bad political governance and leadership in Ghana, had been sacked from his job and is being sought after by immigration officials.

Adorye, who was in the company of fellow NPP member, Ernest Owusu Bempah, sought to rubbish Twene Jonas’ campaign against the government stating that the social media commentator had gone into hiding because he entered America with forged papers.

But Jonas’ sister hit back on social media calling out the government for shelving the important things affecting Ghanaians to focus on her brother.

“I want to assure everyone that nothing has happened to Twene Jonas. The two idiots and their presidents cannot do anything to him. Over here, the system works so if the Ghanaian government wants Twene Jonas, the American state will not hand him over to them. He will be protected. They won’t allow them to send him to Ghana. The law works here.

“If all of them boarded a $15,000 per hour plane to come and look for Twene Jonas, then they have a big problem. They are not correct. Twene Jonas is being protected by the American government and nothing can be done to him. I want to assure everyone that he is doing fine.

“If they came all the way from Ghana to look for him then they are idiots. They are rather making the US rich because the American government will protect Twene Jonas,” she said.

Everything is impossible until you take the steps to make it possible, be positive in every step you make. Nature will definitely give you the smoothest part of life. Email us on [email protected] Whatsapp: +233540577992
@HiplifeHiphop
Previous McEazi -Mani Abre kokoo Feat. Wallace & Rycon Bizzel (Prod by ItzThousand 5iveBeatz)
Next Report on J. B. Danquah, Ahmed Suale murders ready – Ken Agyapong’s boy alleges