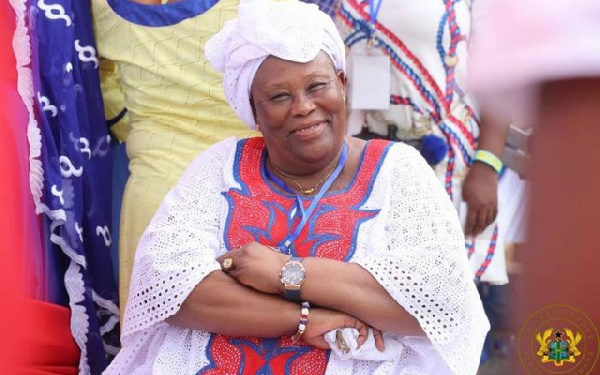 A member of the Confiscated Vehicles and Assets Committee, Fatima Abubakar has described maverick member of the New Patriotic Party, Hajia Fati, as “a devil” for alleging that cars meant for auction to the general public were being doled out to family and friends by the committee led by the Chief of Staff, Frema Opare.

Ms Abubakar who sounded angry during her response to the allegations on Accra-based radio station, Neat FM, rubbished Hajia Fati’s claims, saying her conduct was borne out of envy and selfishness.

Madam Abubakar said their job as a committee was to auction cars to deserving people in a manner that was free and fair.

“We have always followed due process when it comes to our work; Hajia rather uses force to seize cars and I can tell you about the number of cars she has in her possession. Hajia is the devil in the NPP and the least said about her the better. She wants to do everything to destroy the NPP,” Madam Abubakar said angrily.

She has, therefore, warned the controversial NPP woman to be mindful of her choice of words as they were demeaning and making the NPP unpopular.

Hajia Fati had alleged that the committee in charge of selling auctioned vehicles to the public, led by Chief of Staff, Mrs Frema Opare was freely distributing the vehicles to “family and friends” in a manner that was akin to sharing “groundnuts“.

Hajia Fati’s comments followed threats by the Auditor-General to surcharge officials of GRA for failing to account for over 1,000 vehicles auctioned by the Auctions Unit of the Customs Division of GRA between 2015 and 2017.

When Hajia was asked during her allegations if she has called the Chief of Staff to question her on the handlings of the cars, she said: “has she [the Chief of Staff] ever contacted me for me to call her; does she know whether I eat or not”? I am waiting patiently for Nana Addo to come so I go and report all of them”.