Obinim and Obofuor are more of entertainers – Bulldog 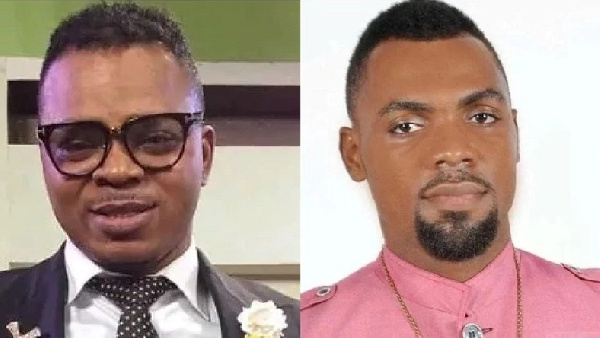 • Obinim and Obofuor are more entertainers than men of God

• This is the view of artiste manager Bulldog

This is the view of artiste manager Bulldog who averred that the two men do more of entertaining with their engagements on social media.

“I think those men are entertainers. (There is nothing wrong) with entertainment, it is the backbone of society,” he defended when asked if he stood by his position.

Also Check:   Tory Lanez Threatens To “Expose” Interscope Records If They Keep “Playing With Me”

Whiles admitting that the duo preach the word of God, he stressed that their activities on social media pointed more in the direction of entertainers.

Bulldog made the comment when he appeared as a guest on United TV’s Saturday night entertainment review programme, United Showbiz.

Host Abeiku Santana had posed the question about the new found friendliness between Obinim and Obofuor citing how the latter joined the funeral of the former’s father last week.

Obinim was also present at a lavish birthday party for wife of his ‘friend’ Obofuor days ago.

The two men have in the past traded accusations and hurled verbal missiles at each other from their pulpits.

Everything is impossible until you take the steps to make it possible, be positive in every step you make. Nature will definitely give you the smoothest part of life. Email us on [email protected] Whatsapp: +233540577992
@HiplifeHiphop
Previous How can you allow Zionfelix put you through emotional stress? – Delay to baby mamas
Next Gemann now father to daughter of taxi driver he killed