Omarion reflects on his past with his ex, not discussing the present.

Omarion has remained as mute as anyone could be despite the amount of drama that revolves around his baby mother Apryl Jones and her new man, Lil Fizz, that’s also a B2K member. Lil Fizz’s baby mother, Moniece Slaughter has been doing the complete opposite as Omarion but the time has come for the “Ice Box” singer to speak and he’s done it with Vlad TV. 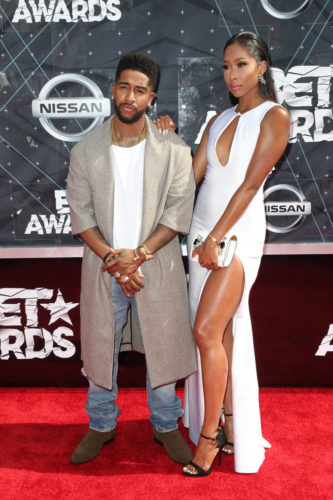 In the clip below, Omarion explains just why he and his ex Apryl Jones joined Love & Hip Hop in the first place and according to him, it was a move that would give his single at the time more reach. “Because I am a private person I felt like it was a good opportunity and a nice – I wouldn’t say nice platform – but a good platform for me to be able to introduce people into my world a little bit,” he explained. “And also, the record company at the time was not supporting the record. I needed some level of visibility in order to sell “Post To Be.”

Omarion made it clear that joining the show with Apryl was only to promote his music and showcase who he is an “entertainer.” Watch in full below.