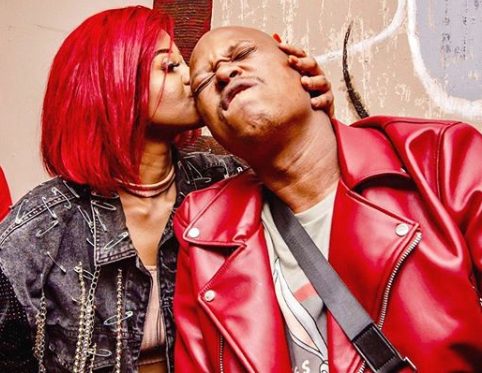 The duo have surely taught mzansi some lessons on how to mind their business, especially after the occurrence of the ugly incident between them, which was later resolved this year.

Despite the critics they attracted, Mandla and the gqom singer are drenched in love.

Gushing on one of Babes’ photos, Mampintsha said: “Game Over,guys! She Won.‬ ‪You have to come up with a baby ‬picture of you and Jesus to beat this.”

He also shared a photo of themselves together, being all lovey-dovey.