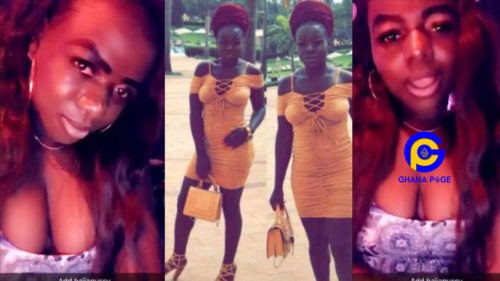 News spreading on social media has it that one popular slay queen who is widely known on Snapchat has been killed and used for rituals by “fraud boys.”

The lady who is known as Hajia P*ssy aka Queen of D!cks was reportedly found dead in her room after her friends detected something was amiss and went searching for her.

The report which was shared on social media by Ghpage TV, detailed that Hajia P*ssy, real name Rahinatu, decided to adopt the name Queen of P*ssy or Hajia P*ssy because of her promiscuous lifestyle.

Also Check:   ‘Ladies Who Reject Men Because of Their Current Status Will Live To Regret it 10 Years From Now’ – Counselor Charlotte Oduro

Her friends suspected that the late Hajia was used by one of her customers who deals in internet fraud with a touch of juju (sakawa).

@Rexkrampa
Previous VIDEO: Akuapem Curses TV3, Says They Will See No Happiness On Earth For Sabotaging Her
Next Efia Odo Shares Raunchy Throwback Photo With A Big Backside; Fans Question Where All The ‘Meat’ Went To – Photo