South African musician Priddy Ugly treats fans to an interesting number titled “April 2nd Freestyle,” which you can stream here on UbeToo, your go-to place for all things South African music and entertainment.

It’s April, you know, and artistes have been playing with the day in song titles. While some had thought to drop something jocund on April Fools’ Day, Priddy Ugly had other plans. He has something for the day after, a freestyle of fierce musical energy.

As a musician, Priddy Ugly would rather drop singles that drop freestyles, but then when he follows the freestyle path, he does beautifully well, leaving one wondering why he doesn’t freestyle often.

At any rate, , he’s got another lyrical charmer. “April 2nd Freestyle” is a splendid offering which, although not the hip hop artiste’s finest work to date, is yet something to vibe with and tell others about as well.

What do you think of Priddy Ugly’s “April 2nd Freestyle” though, and how would you rate it on a scale of zero to ten? Do you see yourself rocking it all day? You may want to stream the freestyle below and join the conversation by dropping your thoughts in the comment section.

Everything is impossible until you take the steps to make it possible, be positive in every step you make. Nature will definitely give you the smoothest part of life. Email us on [email protected] Whatsapp: +233540577992
@HiplifeHiphop
Previous Makhadzi – Mjojo Feat. Mlindo The Vocalist
Next Dr Oumega Vision – No Poster Feat. DJ Call Me 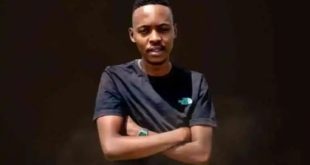