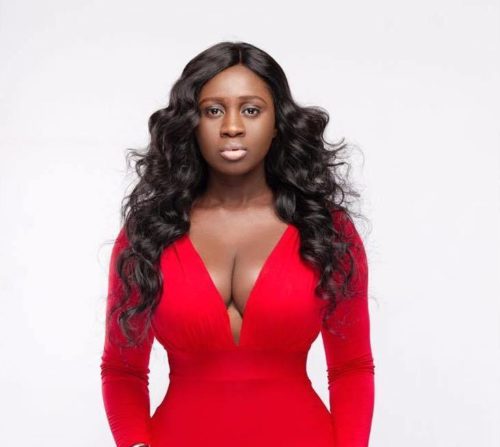 It wasn’t long ago when curvaceous Ghana based Gambian actress Princess Shyngle broke off her engagement with her boyfriend Frederick on cheating allegations.

According to Princess Shyngle Frederick broke her heart, lied to her and on top of it all betrayed her trust by cheating on her. Frederick made series of videos explaining to her that he never cheated on her and that she should forgive him.

Also Check:   No third party should get involved in the issue I have with Rachel Appoh -Afia Schwarzenegger

Well, here is the good news, after pleading with her several times, Princess Shyngle has finally let sleeping dogs lie and forgiven her boyfriend.
Taking to her Insta stories, princess Shyngle is seen kissing and canoodling with Frederick indicating they are back together.
At least now we know that we will be surely be hearing wedding bells soon.

Check out her posts below;

@Rexkrampa
Previous What Is So Special About Stonbwoy That He Thinks He Is Not Replaceable Until 40 Years? – Actress Quizzes
Next Nadia Nakai’s red carpet look at the premiere of her album’s documentary