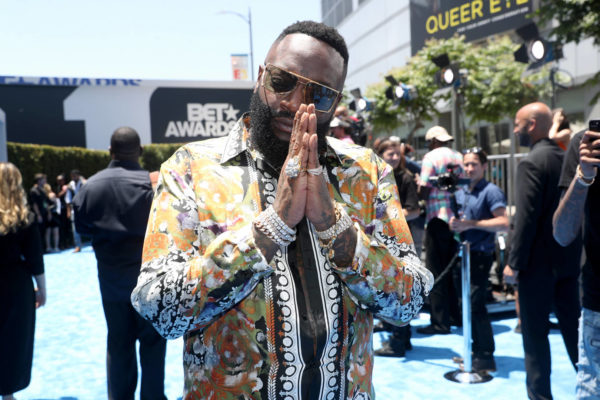 Rick Ross with another one.

The last few months of Rick Ross’ life have been nothing but glorious for the rapper. From the release of his album Port of Miami 2, making a new best friend in Whoopi Goldberg as well as the release of his memoir Hurricanes, Rick (born William Leonard Roberts II) has been pulling in all kinds of success and has since pulled in another milestone moment with his revealing novel.Hurricanes has just landed on the New York Times Best Selling List and the “Gold Roses” rapper has shared a statement on Instagram in light of the congratulatory moment. “NEW YORK TIMES BESTSELLER 🥇THANK EVERYONE WHO MADE IT POSSIBLE!!! 📚” he wrote.

NEW YORK TIMES BESTSELLER 🥇 THANK EVERYONE WHO MADE IT POSSIBLE!!! 📚

Rick previously admitted that he hasn’t read his own book because everything that’s mentioned is something he lived through. “I think it’s a triumph. Everybody don’t admit rising from failure,” he said. The novel gets candid about the rapper’s addiction to a number of substances but it was one hospital visit that made him realize his life needed to change.

“When I woke up in the hospital and I had so many people around me, so many homies, it felt like I was in V.I.P. or some sh*t,” he said. “But it was more like, ‘Damn, we gotta do some special things.’ That mixed with the things I was drinking, the other drugs I was doing, and on top of not resting. [I don’t think] one particular thing would have killed me. But everything combined?”

Previous Don’t be pressured by what you see on Social Media, it’s all hype – John Dumelo to returnees
Next Kanye West’s Producer congratulates Sarkodie for getting a nomination in BET Hip Hop Awards