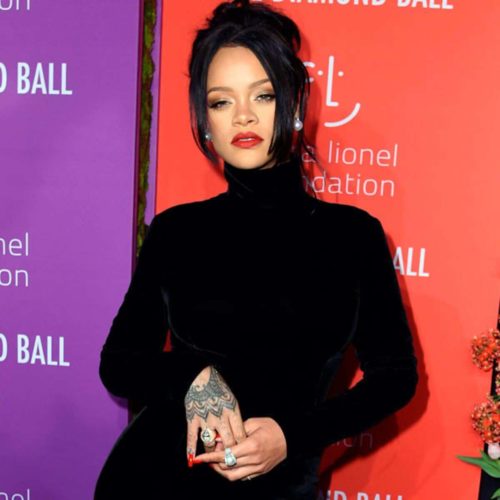 Rihanna has had an absolutely incredible year, pulling in milestone after milestone and accomplishments and triumphs at every given moment. The 31-year-old Barbados born singer became the first woman to launch a luxury brand with LVMH, she released and quickly sold out of her own photo book, hosted another successful Savage x Fenty fashion show that exclusively streamed on Amazon and hosted her fifth annual Diamond Ball that raised $5 million for her Clara Lionel Foundation.

The “Stay” singer has now pulled in another congratulatory moment since she’s become the first Black woman to hold a spot on the Billboard 200 chart for 200 weeks. Rihanna’s 2016 Anti album has been sitting pretty on the chart since it initially debuted at No. 27. Considering that Rihanna hasn’t released new solo music since the tape’s release the new milestone is even more impressive proving that her Navy gang can’t get enough of her.

It’s the first album by a black female artist to reach this milestone in the chart’s history.

1,590 people are talking about this

As we know, Rihanna is readying new music that we’re all desperately waiting for. “It’s not gonna be typical of what you know as reggae. But you’re going to feel the elements in all of the tracks,” she said of her unreleased tape. “Reggae always feels right to me. It’s in my blood. It doesn’t matter how far or long removed I am from that culture, or my environment that I grew up in; it never leaves.