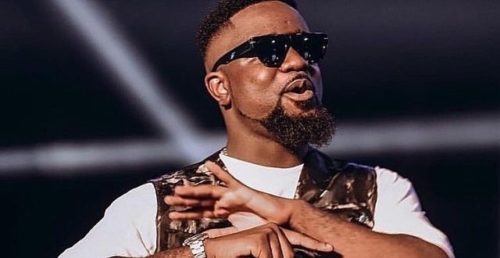 CEO of SarkCess Music, Sarkodie is leading this year’s 3Music Awards with a total of 13 nominations.

His just-released album ‘Black Love’ got featured in the 13 nominations he was able to bag.

Sarkodie was nominated under the award scheme’s biggest category ‘Song of the Year’ with ‘Saara’ which features songstress Efya.

King Sark received a double nomination in the Hip-hop Song of the Year with ‘Bleeding’ and ‘Biibi Ba’.

Also Check:   J Cole Clone Gets Punched In The Face, Fans Are Confused

It is very possible he could sweep home all the 13 awards.

The nominations for the third edition of the 3Music Awards were announced on January 30, 2020, in a very successful ceremony.

@Rexkrampa
Previous Full List Of Nominations For 2020 3Music Awards Released
Next No, Efia Odo Is Still Not My Friend – Sista Afia Reveals