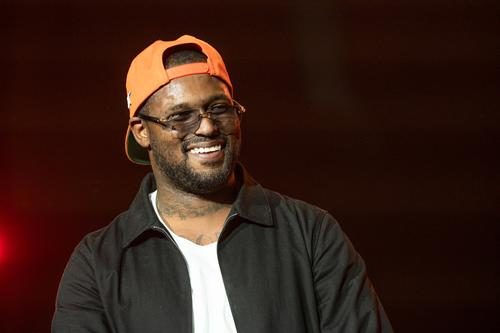 Friends and family discount.
Schoolboy Q must be one of the most coveted guest features in the game. If he’s not, he should be, because he consistently delivers on other people’s songs (see Isaiah Rashad’s “Shot You Down” or 21 Savage’s “Good Day”). It turns out though, he doesn’t even charge for his guest verses.

This fun fact was revealed in Schoolboy Q’s reply to a fan’s tweet that expressed curiosity regarding how much a Q verse goes for. “I don’t,” the TDE rapper answered. “I only do songs wit ppl I know.” If you think back to his guest features, this statement checks out. Perhaps Q still receives royalties from the tracks, but either way, this is incredibly kind of him. The freebie might serve as consolation for the likelihood of Q washing someone on their own track.

He has also been generous by responding to fans’ questions on Twitter, but has made explicit that this is only because he has a tour to promote. Considering he is currently on the CrasH Talk tour, he likely has a lot of downtime between shows to hop on the app too. However, sometimes Q can be harsh with fans. Yet even while being harsh, he’s hilarious, so some even request for the rapper to roast them. A recent instance of Q losing his patience on Twitter was when someone asked about the possibility of another song being added to the “Druggys Wit Hoes” series.