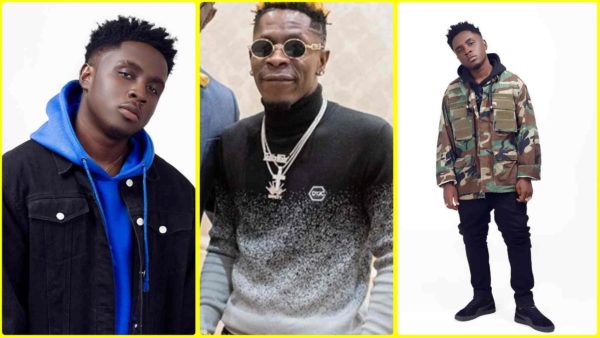 Kweku Smoke, the new artist who accused Shatta Wale of stealing his song has come out again to make more revelations since he first broke the news.

According to Kweku Smoke who was almost signed to Shatta Movement Family, Shatta Wale has threatened to beat him up. And not only that, he is threatening to burn his car.

Kweku Smoke in a new video has revealed Shatta Wale called him to appear before him within one hour or face his wrath after he came public to accuse him of theft.

But The new artist said he ignored Shatta Wale and went ahead to tell him to go have him beaten if he is a man. He added it won’t be the end of his life.

Kweku Smoke claims a song he sent to Shatta Wale to featured on for some miraculous reasons has been released by Shatta Wale as his own.

SEE ALSO: Bullet narrates how her mother died when he was only one year old after his father rejected the pregnancy before he was born

He claims Shatta Wale has twisted the song and he is about to promote the song as his. He further warned Shatta Wale to stop his plans to claim the songs because he won’t allow him to steal it.