A single mother of one has shared that she’s tired of her single statues as she begins an online quest for a potential partner.

The lady, who chose not to be identified, said not being married is a problem for her. She reveals that her acquaintances think she’s married due to how she presents herself. She also revealed her disinterest in immature guys who she dub as chewing gum guys – she says her prospective suitor should withing the age bracket of 45-65.

Also Check:   Angel Obinim and his junior pastors lashes a church member for failing to stake 2 Sure Lotto numbers he gave him (VIDEO)

Giving further the qualities she’s interested in, she says she needs love and doesn’t want an ugly man she cannot kiss because to her, kiss is more intimate than sex.

Below is the chat shared on Facebook between her and Emeka Ugwuonye, 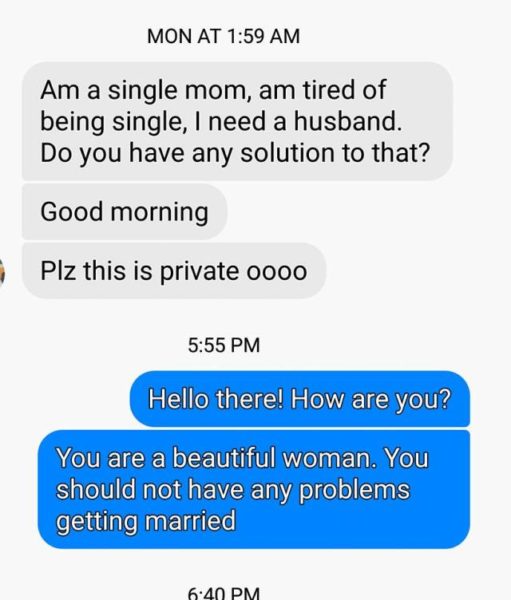 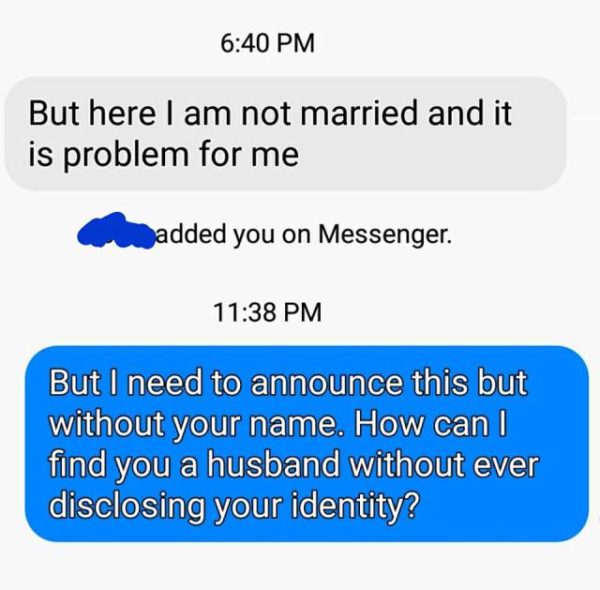 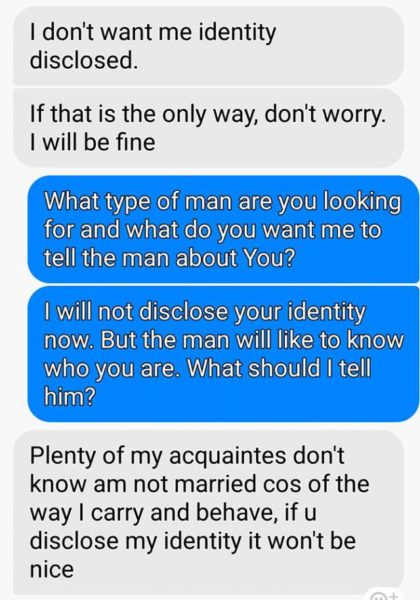 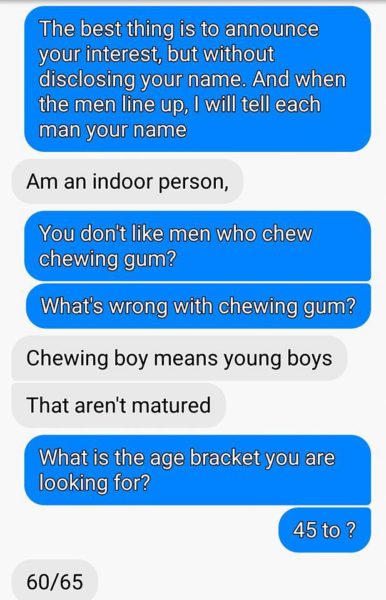 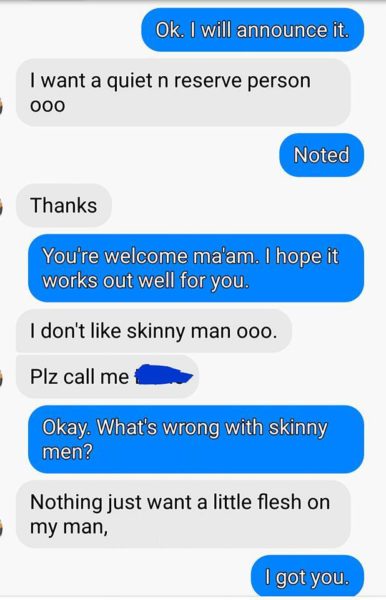 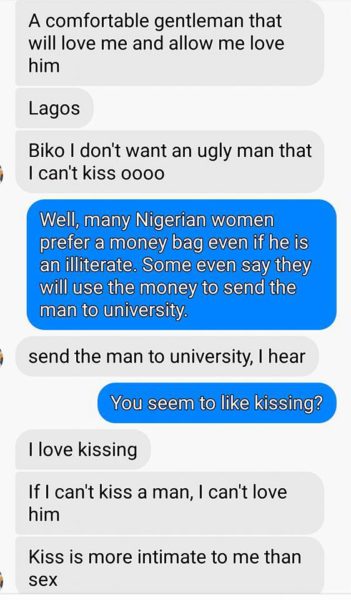 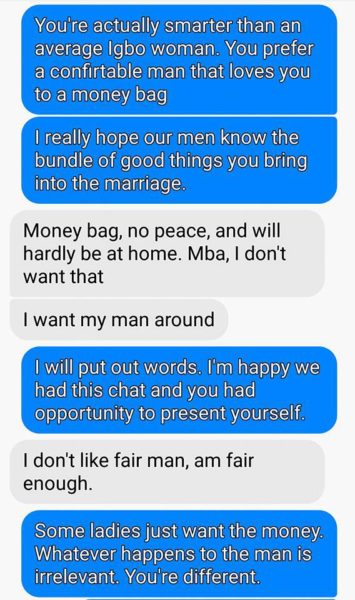 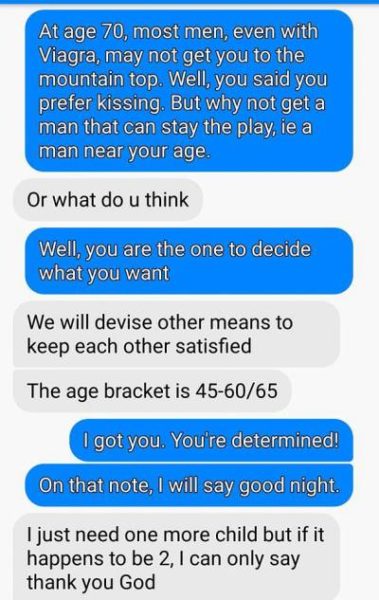 Everything is impossible until you take the steps to make it possible, be positive in every step you make. Nature will definitely give you the smoothest part of life. Email us on [email protected] Whatsapp: +233540577992
@HiplifeHiphop
Previous Slay queens engage in serious fight over food at a public event (video)
Next Ghanaians create ‘Kobe Bryant funeral planning’ Whatsapp group