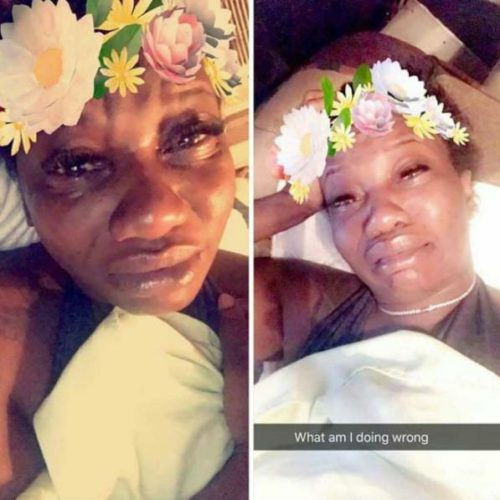 A woman who has been described as a slay queen is caught up in a big problem from indications of her text chat with her friend. The said slay queen is pregnant but she does not know who is responsible.
This is ultimately because the slay queen gave herself up to a group of men. That practice is what is referred to as a “gang bang”.

In the communication with her alleged friend, the said slay queen explained that her decision was easily made because the gang looked “rich”.

It turned out the wealth that she thought they held was only in appearance. She confessed to her friend that they are indeed “broke”.

Also Check:   Meek Mill Onboard With Cardi B’s Plan To Move To Africa: “I Made My Mind Up”

The name of the slay queen is unknown but the situation is not uncommon. Some young women have been known to have had this problem.

However, most often than not, such gang-involved intimacy is forced of the women. This seems as if the slay queen willingly gave herself.

Earlier,  reported that a beautiful girl who is said to be a female student student of a yet-to-be-identified senior high and a man have been caught in a leaked adult video.

The fair-looking lady’s name is yet to be known but rumours on social media have it that the guy might be her boyfriend.