Slay Queens Struggle To Grab “The Cassava” Of A Performing Artist On Stage. 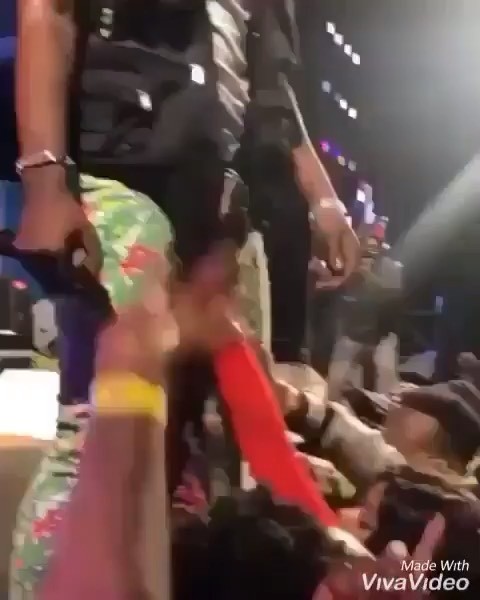 Some ladies don’t care about their impulsive actions when they meet celebrities, especially the ones they have been crushing on.

The way some women go ‘crazy’ when they see top artistes at shows is appalling, some even go as far as removing their bra or panties and throwing them at a performing Artiste, crazy acts…

Here is the moment some beautiful slay queens who left their boyfriends at home, struggled to touch and grab the ‘Cassava’ of a singer performing on stage.

Some of them actually touched and grabbed it, while others made efforts to touch!

Is it not shameful?

The guy later had to remove their hands from his joystick.

Is this not abuse? Are they not abusing the guy?

“If it’s the other way round now it will be abuse”.

What do you think about such act by the beautiful ladies? Everything is impossible until you take the steps to make it possible, be positive in every step you make. Nature will definitely give you the smoothest part of life. Email us on [email protected] Whatsapp: +233540577992
@HiplifeHiphop
Previous Drama As Hair Dresser Fights Slay Queen Who Refused To Pay After Making Her Hair In Edo {Video}
Next (Hot Video) SnapChat Girl Desperate For More Atopa As 2 Boys Couldn’t Satisfy Her After 4 Hours Of ‘Atopaness’