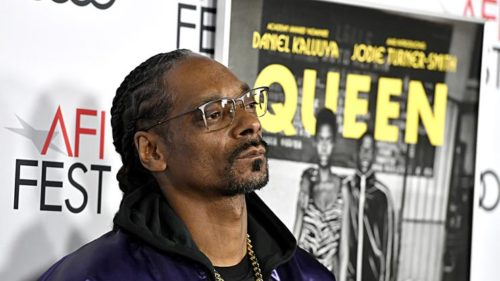 The “Queen & Slim” opening was backed by several names.

While Big Sean was buying out 200 tickets for moviegoers in his native Detroit to attend a screening of the newest Queen & Slim film, he was joined by a host of other celebs doing the same in their own stomping grounds.

In Los Angeles, Snoop Dogg and Roxane Gay took on the task of buying out theaters in Baldwin Hills. Music executives Coach K and Chaka Zulu rolled out their own buyouts in Atlanta while Kelly Rowland got in on the action in her hometown of Houston.

“Our sisters, Melina @msmelina and Lena @lenawaithe ,created a love story for our community,” wrote Coach K in his Instagram post. “The unconditional love created by our Black Women is to be respected, honored, and valued ALWAYS!! Thank you for seeing US and creating this incredible film for our community.”

Also Check:   Photos of the church boy who tried to ra-pe a female student at the University of Ghana campus pops up

The film, starring Daniel Kaluuya and Jodie Turner-Smith is expected to close out its debut weekend with a modest opening of $15 million in the fifth-place slot at the box office, only being available in 1,690 theaters across the country as opposed to the 3,000+ locations on the distribution list for other major films this weekend, including Disney’s Frozen II and the newest Knives Out film.