Male Social media users around Africa are hailing a man who run away leaving a group of Slay Queens and their friends a bill over $2000 dollars. They say he is a Hero.

The guy who had come in with one of the slay queens run away without paying bills, after her friends sighted her and joined their table, and began to eat/drink left right and center, with more friends being called to come and join. 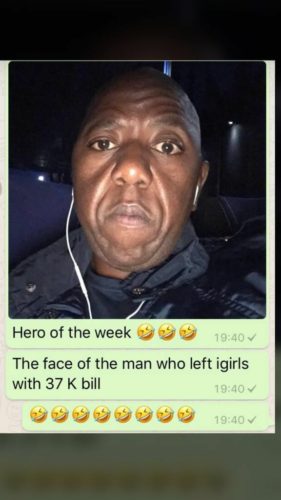 The guy watched them eat and drink as the bills piled up.

The Guy stylishly took off leaving the slay queens to sort themselves out with the R37,340. Approximately $2,850 Bill in South Africa.