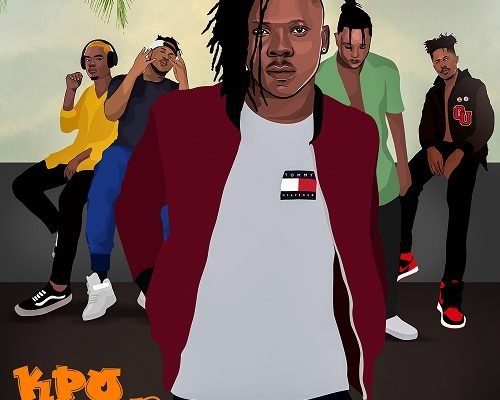 Stonebwoy was at Obrafour’s Pae Mu Ka @ 20 concert yesterday where he went with full energy.

He performed his hit songs back-to-back in a high-spirited manner at the concert which happened inside Accra International Conference Center.

One of the songs the BHIM Nation CEO performed was ‘Kpoo Keke’ which had his former signee featured on it.

Since all the other artistes Medikal, Kwesi Arthur and Darkovibes weren’t around on stage, Stonebwoy sang their parts.

But once it got to the part which Kelvynbwoy sang, Stonebwoy intentionally skipped it.

This simply gives us the idea of how serious the beef between Stonebwoy and Kelvynboy is.

The Pae Mu Ka @ 20 anniversary and concert is to celebrate Obrafour’s journey in the music industry since he came out with his life-changing Pae Mu Ka album in 1999.

The concert, which promised to be a ‘wicked’ one, featured a tall list of artistes such as Stonebwoy, Sarkodie, Ofori Amponsah, Kofi B, Lilwin, Medikal, M.anifest, Bisa Kdei, Ras Kuuku, EL, Wendy Shay, Strongman, Edem, TiC, Efya and King Promise.

@Rexkrampa
Previous Video from the naming ceremony of Davido & Chioma’s newborn son David Jnr. Ifeanyi Adeleke
Next Legalise marijuana for those who smoke it – Fameye