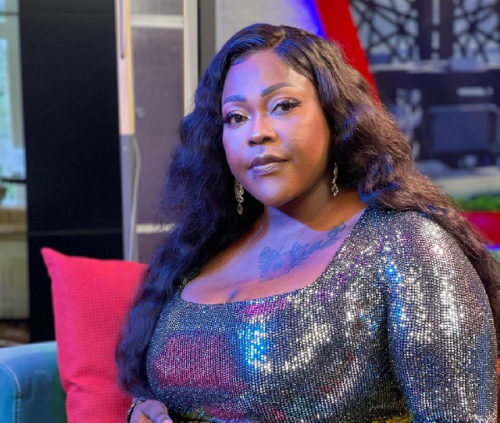 Screen goddess Mona Gucci has weighed in on the upsurge of military brutality in the country. She called the security forces to exercise restraint as befitting of the respect the uniform accords them.

Sitting as the hostess of the Bribi Gye Gye Wo show, Mona Gucci spoke against the recent activities of soldiers in the country. Where the citizenry are roughhoused by soldiers. Soldiers who have been deployed to protect them are bullying them.

She said, “Soldiers, what we know is that you are supposed to be protecting citizens. But you are beating us. We respect you because of your uniform. This doesn’t mean that some of the citizens you bully are not physically strong. But we know we can’t fight with someone in uniform. We respect the government. This doesn’t mean they can’t fight back. They are held back by the respect the uniform accords. You have disgraced the Ghana Armed Forces with your actions.”

Her comments came on the back of a video circulating on social media. A troop was captured in the video, terrorizing residents of a township.

According to reports, a soldier reported his phone missing after riding in a ‘Keke’. He then called on his friends to help him find the missing phone leading to the brutalization of the residents as a form of interrogation.

Earlier in the week, another incident occurred when citizens and armed uniform men clashed during a demonstration. Which led to two deaths and various sustained injuries.

Everything is impossible until you take the steps to make it possible, be positive in every step you make. Nature will definitely give you the smoothest part of life. Email us on [email protected] Whatsapp: +233540577992
@HiplifeHiphop
Previous Evidence – Saturday Feat. Ayesem (Prod. By WillisBeatz)
Next I am torn between #FixTheCountry and #FixYourself – Sista Afia confesses