Strongman Surprises Medikal At His ‘Welcome To Sowutuom’ Concert 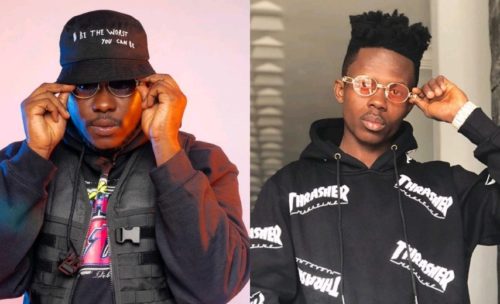 Rapper Strongman Burner was one of the many artists that lighted up the evening at the first Welcome to Sowutuom concert put together by rapper Medikal.

His appearance at the programme which came off on Saturday, November 30 at the Kwashieman Park Park surprised the huge crowd that gathered at the venue, despite the lyrical battle he had with Medikal.

Strongman and Medikal breathed new life into rap music in Ghana after going head to head with two diss tracks each within 48-hours and this excited social media few months ago.

Medikal initiated the attack when he released, ‘To Whom It May concern and Strongman replied with, ‘Don’t Try’. Medikal returned with more fire in a new song dubbed, ‘Last Burial’ which attracted another reply from Strongee titled, ‘Immortal’ and all this occurred between Saturday and Sunday. Read more here…

From the look of things, they have put their beef behind them and it was exciting seeing him at the show.

Also Check:   Why men take off their wedding rings!

Watch the video below;