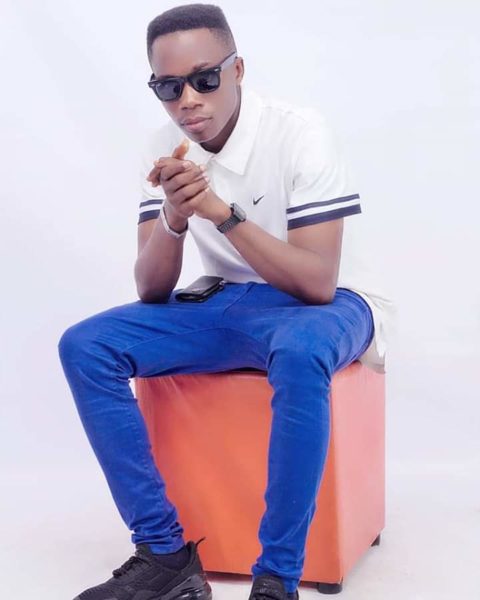 Frank Johnson is his name, an Artist, Singer, Song Writer and a Good Freestyles in Afro_pop/hip-pop and dancehall and of a Stage name; FAXIO.
He is signed to “The Full-House Entertaiment”.
His mum is Kate Tyas, of Akwa Ibom State and Dad from the Benue State,Southern Nigeria.
He grew up with his mum’s family and under the care of his Aunty, “Helen Johnson”. His dad was far away from him

He started his first school in the south, and after primary three,moved to the city Kano state which is the Northern part of Nigeria.
There in kano state, he had to live with his Uncle a brother to the mum.. The mum had to move on with her life since his dad was not there because she was too young. She later got married to the step dad who was from Britain so she had to move to U.K with her family.
Frank Johnson, completed his primary Education in 2006 and was enrolled into a secondary School “Basic College Kano Badawa”

He started loving music the moment he realized he was alone.
After his secondary Education in 2012,He moved to Ghana, to further his studies, had admission into “All Nations University” for a four years Batchelor Degree in “Accounting” in 2013. During his first year in college, he met a colleague of his who was also running for the same course….
Their dreams were similar, yet they bear similar names.
He was Franklyn and he;Frank….”Frank and Franklyn” during their first year, were more interested in their admission so had not mixed music with school. After first year, they started To Record

After that recording, he heard encouraging words from lots of friends telling him to gear up his Vibe and keep it Real….”Rhymes was the only Artiste he was close to till they became Friends..and these two were with thesame record label. Franklyn, known by his stage name as Brigadier is also a Dancell Artist.
Jonhnson had been doing music alongside his studies for the past three years with these aforementioned names…He completed his studies in 2017/2018, Since then he has been able to stand the test of the industry”
Though his progress was mired by time constraints and the challenge of having to chose between academics and music, He didn’t give up but kept on pushing
All the three years in School, He managed to release an album on Soundcloud and Audiomack with some.

Check out one of his songs, it’s called ”Enter Ghana.

Previous Fella Makafui – Over (Prod. By Unklebeatz)
Next Ras Kuuku – Me Do Rasta Feat. Ebony