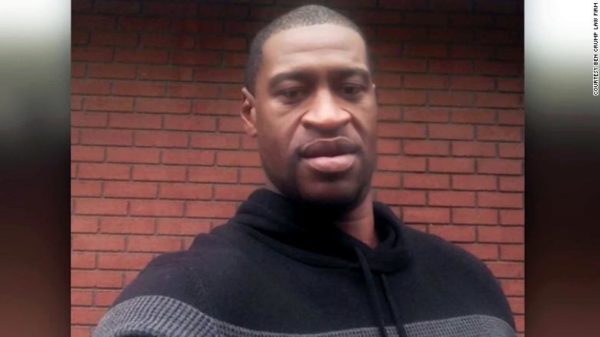 Floyd, a 46-year-old black man, was held down with a knee as he protested that he couldn’t breathe. The FBI is investigating the incident, which drew widespread condemnation of the officers, who were fired this week, after a video showing part of the encounter circulated on social media.
The knee-to-neck move is banned by several major metropolitan police departments, but Minneapolis police allow police to restrain suspects’ necks if they’re aggressive or resisting arrest. Floyd was unarmed and handcuffed when he was pinned to the ground.
Some law enforcement experts say the move is dangerous and unnecessary. Here’s why.

It could cause injury

Depending on the way someone’s head is positioned and the weight of the person applying pressure to their neck, the knee-to-neck maneuver can cause significant damage, said Seth Stoughton, an associate professor of law at the University of South Carolina.
Stoughton, co-author of “Evaluating Police Uses of Force,” identified three ways officers can cause potential injury using the knee-to-neck method.
The first, he said, is keeping suspects in the prone position, meaning they lie face-down with their hands cuffed behind their backs, for an extended period of time. It’s a dangerous position, Stoughton said, because it’s known to cause what’s called positional asphyxia.
Someone in that position can draw enough breath to gasp or speak in spurts, but they can’t breathe fully, so they gradually lose oxygen and fall unconscious.

The maneuver is ‘not a neck restraint’

The Minneapolis Police Department allows arresting officers to use two types of neck restraints on a subject, but only officers trained in them can use them, according to the department’s Policy & Procedure Manual.
Conscious neck restraint involves putting light pressure on the subject’s neck with an arm or leg without cutting off their airway, and unconscious neck restraint puts enough pressure on a subject to make them lose consciousness without killing them, according to the manual.
Both can only be conducted when a subject is resisting arrest, per the policy, and unconscious neck restraint is allowed only when subjects are aggressively resisting and can’t be subdued in another manner.
The method used to restrain Floyd doesn’t fit neatly into either of those categories, Stoughton said.
“This is not a neck restraint,” he said of the position Floyd was held in during his arrest. “It’s not just putting pressure on someone’s neck. It’s really dangerous.”
The Minneapolis Police Department didn’t return CNN’s requests for comment.

The choice of restraint didn’t fall in line with what police are taught in training, said Montgomery County Police Captain Sonia Pruitt.
“You use the force necessary to have someone comply and take them into custody,” Pruitt, who is chairwoman of the National Black Police Association, said. “This man was already in handcuffs and already on the ground. (Restraining him) was total excessive force.”
Pruitt said a few years ago she started asking members of other police departments whether they’d been taught the knee-to-neck method of restraint because she’d seen it being repeatedly used, particularly with black suspects.
She said almost everyone she talked with denied that they were trained in the maneuver because of the high risk of injury.

Everything is impossible until you take the steps to make it possible, be positive in every step you make. Nature will definitely give you the smoothest part of life. Email us on [email protected] Whatsapp: +233540577992
@HiplifeHiphop
Previous Akan  Mensei Da Feat Efya (Prod. By TwistedWavex)
Next DG3 Rappers Too Hot to Handle! 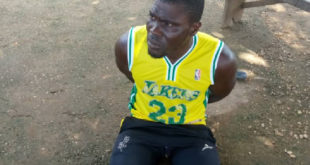