Breaking News
Home / ENTERTAINMENT / They want ‘sensible songs’, so I gave them ‘Sika Wo Borlar So’ – Patapaa

They want ‘sensible songs’, so I gave them ‘Sika Wo Borlar So’ – Patapaa 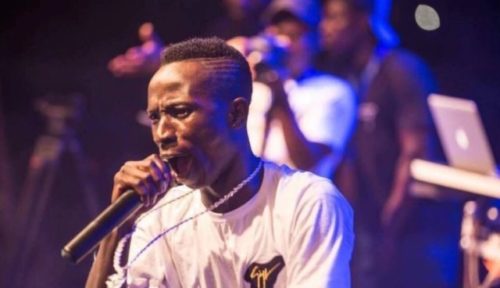 Patapaa Amisty says he wrote his new single, ‘Sika Wo Borlar So’ for critics, who say all his songs are ‘trash’. He hopes they find sense in his new single.

Speaking in an interview on 3FM Drive with Giovani Caleb, Patapaa said this new song is full of wisdom. According to him, people said his songs doesn’t make sense which troubles him.

According to Patapaa, ‘Sika Wo Borlar So’ talks about people and money. But talking about money doesn’t necessarily mean you have money. He said some people have become wealthy from menial jobs, but because they still do the same work, you might think that they are poor. But someone who looks rich might actually be living a fake life on borrowed funds.

Everything is impossible until you take the steps to make it possible, be positive in every step you make. Nature will definitely give you the smoothest part of life. Email us on [email protected] Whatsapp: +233540577992
@HiplifeHiphop
Previous L’vovo & Danger – Noma iKuphi Feat. DJ Tira & Joocy
Next Rema – Soundgasm