Trippie Redd Earns His First No. 1 On Billboard 200 Chart 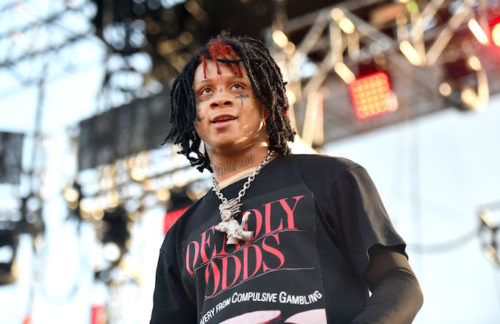 Of its total sales, A Love Letter To You 4 earns 14,000 in pure album sales boosted by a concert ticket/album sale redemption offer that came attached to Trippie’s forthcoming tour. The remaining balance of streaming units can be credited to 125.9 million on-demand audio streams for the project’s tracks during its opening set, making it the most-streamed album of the week.

This week’s top 10 marks a major shift as new debuts appear across the listing, including country star Jason Aldean’s 9 which comes in at No. 2. The Frozen II soundtrack surges from No. 15 to No. 3 in its second week. Elsewhere on the chart, YNW Melly’s Melly vs. Melvin debuts at No. 8 with 43,000 equivalent album units, marking the incarcerated rapper’s first top 10 entry. Currently, he is in jail facing two counts of first-degree murder.

1. A Love Letter To You 4, Trippie Redd
2. 9, Jason Aldean
3. Frozen II Soundtrack, Various Artists
4. Hollywood’s Bleeding, Post Malone
5. When We All Fall Asleep, Billie Eilish
6. Lover, Taylor Swift
7. Everyday Life, Coldplay
8. Melly Vs. Melvin, YNW Melly
9. What You See Is What You Get, Luke Combs
10. Over It, Summer Walker

@Rexkrampa
Previous E.L – Efa Wo Ho Ben (Prod. by Kid Magic)
Next Governors Ball Won’t Let Minors In Unless Accompanied By Someone 21 Or Older