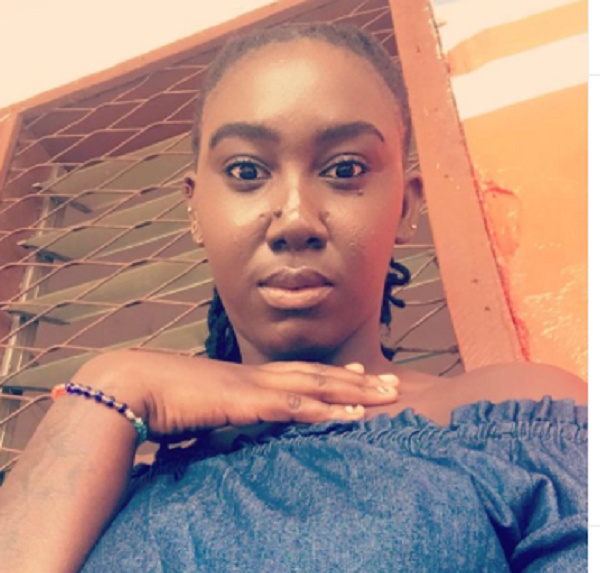 Unperturbed by the heavy insults and curses Funny Face has rained on her, Vanessa has been captured grooving to Nigerian singer Joeboy’s ‘Alcohol’.

The Commedienne’s baby mama was seen wearing a blue robe and vibing to the tune in an unconcerned manner on social media.

One can recall that Funny Face has been on a rampage again as he has hurled all kinds of insults on his baby mama and several other Ghanaian celebrities.

Funny Face in a bid to launch an attack on people who seem to have offended him alleged that his baby mama is a thief and a cheat.

“I was even ready to die for you VANNESSA. but what did you do? You sold me cheap to my haters. GIRL get ready, people will know da real you. Anytime you come to my place, you steal from me and you think i don’t know. You gave my kids to another man because you claim I cant take care of them,” he earlier stated

Also Check:   Actress Fella Makafui curses all those talking ill about her

He also added that Vanessa connived with her mother and took GHC5,000 from him for C-Section during her pregnancy when the actual amount was GHC 1,800.

But in a response to all of these, Vanessa appeared calm in a video making rounds on social media.

She was also seen flashing an engagement ring in the said video.

Everything is impossible until you take the steps to make it possible, be positive in every step you make. Nature will definitely give you the smoothest part of life. Email us on [email protected] Whatsapp: +233540577992
@HiplifeHiphop
Previous Funny Face insults Fadda Dickson, Bola Ray, Adebayor
Next ‘I can’t force anyone to be a good musician’ – Appietus