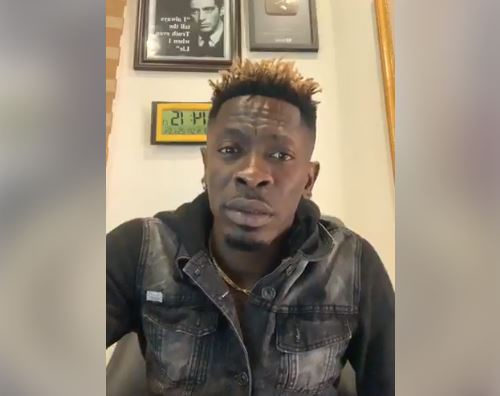 According to him, he has been banned for four years, the past, by the same VGMA board but his career soared, regardless hence he doesn’t see the current ban as a problem.

Shatta Wale isn’t the only artiste suffering from the ban as Stonebwoy has equally been sanctioned for pulling a gun at the 2019 awards.

Shatta, speaking on a wide range of issues including the VGMA on Metro TV’s Good The dancehall icon explained that respect for Ghana’s music has declined because awards won by musicians at the VGMA lack value.

I have many awards I can’t even take the loan with. I can’t even win visas with some. Money comes before prestige. They banning me won’t take anything from me. The system is not working well for us here if it was America, like Grammys, which could move you to places like I would be glad but I think my too much talk is worrying them.

This is the second time they’ve banned me and ask yourself in the name of Christ what was my problem. I just walk up to go and urinate. People didn’t want to understand the congratulating aspect, he said.