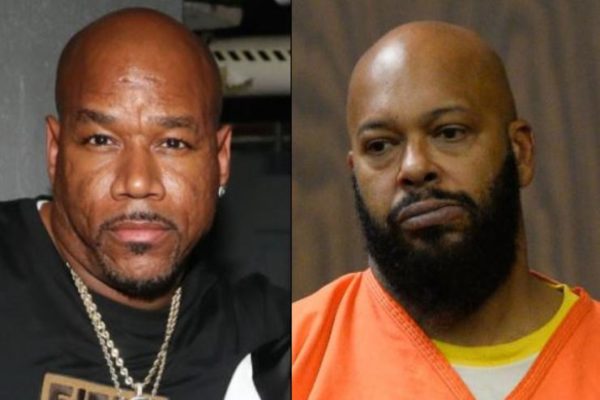 Snoop was beefing with Tekashi 6ix9ine, and Wack and Akademiks reveal they saw proof the incarcerated Death Row icon was involved.

There was a time that the music industry, especially the Hip Hop sector, was intimidated by Suge Knight. There are dozens of stories from celebrities and rappers about their dealings with the towering Death Row icon, and for as many who have tales of him taking over the genre under his reign, there are those who were fearful of Knight’s presence.Wack 100 and Suge Knight were once friends, but if you ask Wack about their relationship now, he will tell you that he has no respect for the incarcerated music executive. “The streets have never superseded the business of entertainment,” Wack told DJ Akademiks on the Off The Record Podcast. “Those who have tried to supersede it have all fallen on they f*ckin face.”

“First dude that tried to do it was Suge Knight.” Akademiks interjected that Suge used bullying tactics, but Wack disagreed, stating that some of Suge’s methods weren’t actually bullying behaviors. Then, Wack 100 moved on to the “gangster sh*t,” including men allegedly storming Dr. Dre’s home and stealing everything from the now-billionaire.

“Now, let’s be real, and I’mma speak on it,” he continued. “I don’t respect him. At all. You can’t respect a man—I paid for this man’s mama’s funeral. I sent a motherf*ckin’ wire at a time when we wasn’t even talkin’ and gettin’ along. But out of our respect, because he was who he was and opened a few doors for me… For me to hear recordings of this man saying I’m the reason why he got 28 years, like I’m the motherf*cker that was driving the truck, is crazy.”

Wack explained that Suge said Wack was supposed to handle his attorney fees, and because they didn’t get taken care of is the reason he received his hefty sentence. Wack detailed his side of the story about a business deal gone bad with Suge, adding he believed they signed off on all the contracts, only to learn that Suge did the same with several others. In his contract, Wack included Suge’s lawyer fees in a deal worth tens of millions of dollars but it fell apart.

He also returned to his story about Suge allegedly shaking down Dre and stripping him to nothing. Wack admired how Dre was able to rebuild while Suge is in prison. He also denied that he is trying to be like Knight, insisting that Suge is the blueprint of what not to do. In an explosive revelation, Wack also told Akademiks to tell the truth about who was sending Tekashi 6ix9ine information about Snoop Dogg. The two rappers engaged in a heated back and forth and Wack asked Akademiks who was feeding 6ix9ine details about the Long Beach icon.

“Suge Knight,” said Akademiks. Wack added that they both saw the proof. “But then [he] on the phone with Snoop… Snoop got a big heart. If I was him, I would have never gone down that road,” Wack said of Snoop making amends with Suge. “He a real West Coast godfather.”

Watch the clip from the interview below.

Everything is impossible until you take the steps to make it possible, be positive in every step you make. Nature will definitely give you the smoothest part of life. Email us on [email protected] Whatsapp: +233540577992
@HiplifeHiphop
Previous Nicki Minaj Shows Off Skims X Fendi Collab In Stunning New IG Photos
Next R2bees – Back 2 Basics / Full Album