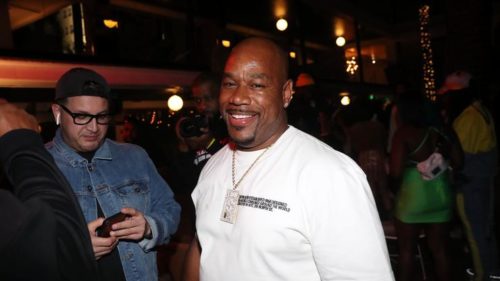 Wack 100 did the explaining outside of The Game’s birthday party.

The passing of Nipsey Hussle is still hard to digest months later. The Crenshaw rapper may have not been a chart-topping artist during his time on earth but he undoubtedly made an impact in the streets and the music industry. While it’s safe to say that he is a legend in his own right, and will forever be remembered by his community and the rap world at large, there’s still some who don’t think that Nipsey Hussle lives up to that title.

Wack 100 has been very outspoken about Nipsey and the man who killed the rapper. Outside of The Game’s birthday bash last night, TMZ caught up with Wack who didn’t think twice before explaining his stance. In fact, from Wack’s perspective, it’s clearly more about numbers and sales. Wack also said that there needs to be a clear cut definition of what a legend is, especially since terms like that are thrown around frivolously these days.

Wack 100 also stated that even though he doesn’t think Nipsey’s a legend, he does think that Nipsey could’ve become one overtime if he had reached the levels of someone like Dr. Dre or Kendrick Lamar during his time on earth.

Wack 100 previously made some wild claims about Nipsey Hussle in a leaked audio that came out last month. He later apologized for the comments.