Breaking News
Home / ENTERTAINMENT / What Is So Special About Stonbwoy That He Thinks He Is Not Replaceable Until 40 Years? – Actress Quizzes

What Is So Special About Stonbwoy That He Thinks He Is Not Replaceable Until 40 Years? – Actress Quizzes 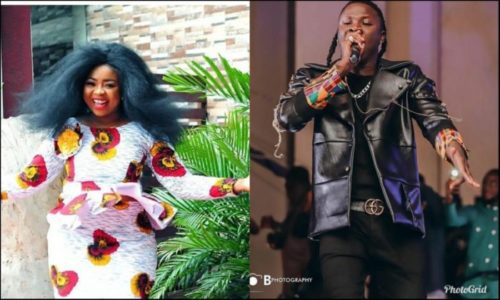 After Stonebwoy declared that his generation of musicians can only be replaced after 40 years during the recent 4syte TV Music Video Awards, it has received a lot of mixed reactions from major industry players.

While some entertainers are of the view that the claim has some iota of truth in it, the likes of entertainment critics like, Arnold Asamoah Baidoo and musician, Kuami Eugene believe it is a big fallacy.

According to Regina, she doesn’t understand why Stonebwoy will make such claims.

Regina stated that there is nothing special about the music of Stonebwoy, which warrants him to claim that the Ghanaian music industry will only find someone like him after 40 years.

Speaking on Onua FM’s afternoon entertainment review show dubbed Anigyemmre hosted by Frimpong Agyei Christian, Regina made the point that there was no need for Stonebwoy to make that remark because she personally does not see anything special with the songs he releases.

The Adonko Bitters brands ambassador further bemoaned that, she hardly understands Stonebwoy’s songs when she listens to them and as such she is at a loss as to how he will make those unfounded claims of being a national asset to Ghana who should be protected at all cost.

Do you agree with Regina’s claims that Stonebwoy is replaceable? Share your thoughts with us.